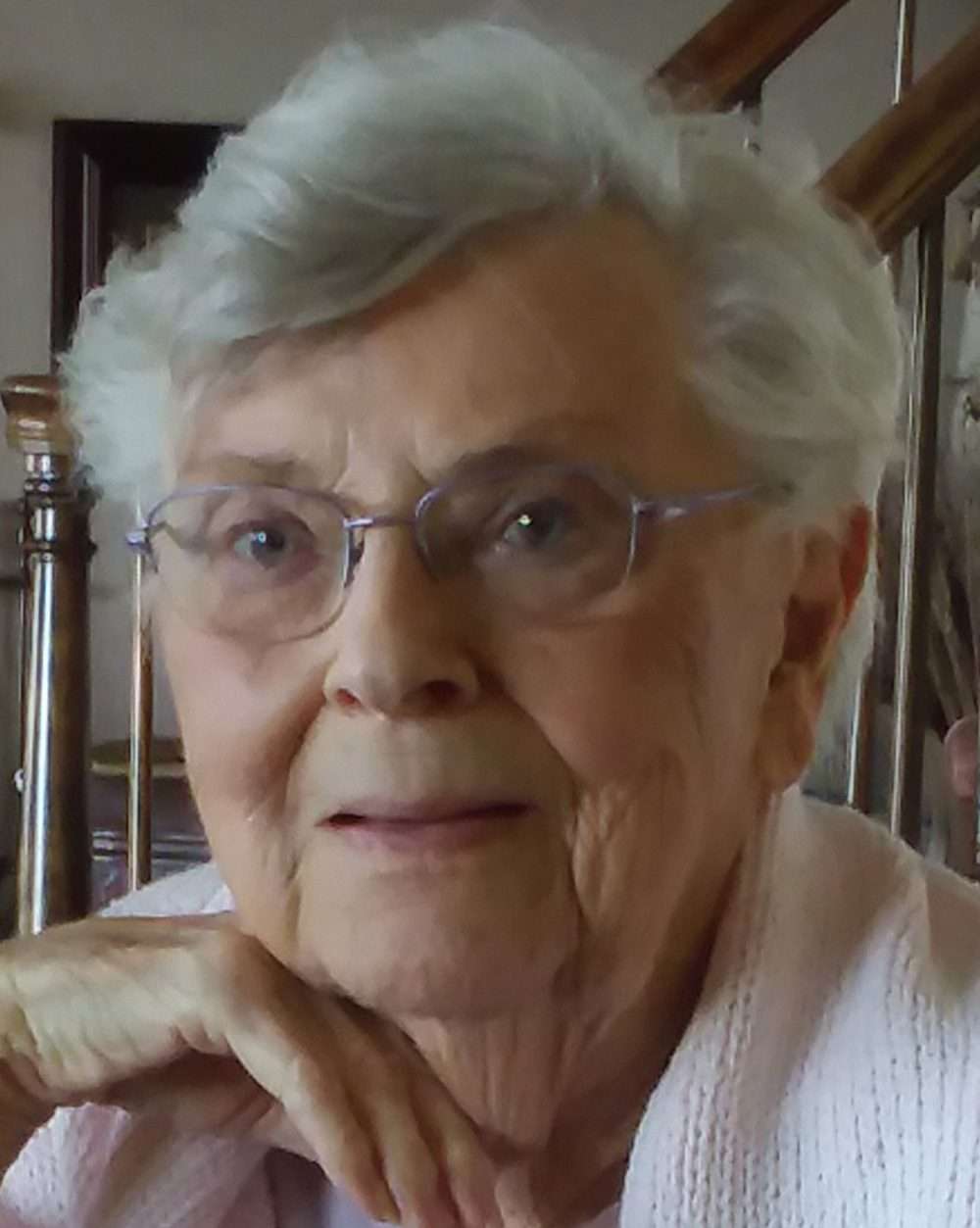 Geraldine “Jeri” McNeill, 93 of Swanton passed away January 5, 2022 at St. Vincent’s Hospital. Jeri was a 1946 graduate of Swanton High School and a 1948 graduate of Stephens College, Columbia, Missouri.

She married Edward D. McNeill in 1948 and they moved to Swanton in 1955 after living in Panama, New York, Florida and Rhode Island while Mac was in the Navy.

Jeri is a lifelong member of Trinity United Methodist Church, was a volunteer for the Salvation Army, active in the Friends of Swanton Public Library and served on the Fulton County Health Board for many years.

She was an avid bridge player and played in several bridge groups over the years whose friendships extended beyond bridge.

Since she was a child, she spent her summers at Lake St. Helen where she made many lifelong friends that have passed through to each generation.

In 1958 she founded Women’s Weekend at the lake, an annual tradition that countless friends and relatives enjoyed and has extended through three generations.

She was preceded in death by her parents, Richard and Eva Harding, her husband, Edward, and her son, Andrew.

Visitation will be from 10 until 12 Monday, January 10th at Trinity United Methodist Church in Swanton with a Memorial Service following at 12:00 (Noon). Interment will be private.

In lieu of flowers, the family suggests memorials to Swanton Public Library.