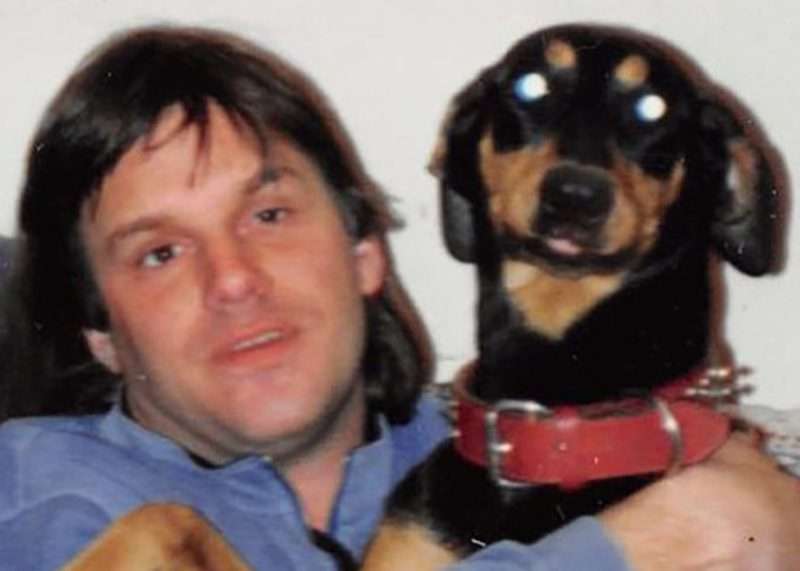 Jon attended kindergarten in Lyons, then attended the Ohio School for the Blind in Columbus, where he learned to read Braille.

He then attended DeVilbiss High School. Jon received his Associate’s degree in Social Work from the University of Toledo.

At his graduation, Jon received his diploma accompanied by his guide dog Sigi. Jon then worked at the Salvation Army as a counselor.

He attended Weston United Methodist Church in Weston, Michigan, where he loved to listen to the pastor.

Jon was the fourth child of five. He is survived by his parents, siblings Diana (Snyder), Jeff, Linda, and Ben; his aunt and uncles, Laura and Fred Pilliod, and Charles Seagraves; and many nieces and nephews.

He is preceded in death by his loving grandparents Emil and Kathryn (Schwyn) Huber, and Orlo and Esther (Mueller) Whitaker. Jon was married to Charlene Shipp.

Jon was full of life and he loved people. He lived a life of adventure, even traveling by motorcycle from Alaska to Ohio. Jon lived in Tucson, AZ, for several years where he enjoyed the outdoors and was known to many as “Tucson Jon.”

His family wishes to thank special friends and family for their love and prayers. Friends may call at Weston United Methodist Church, 4193 West Weston Road, Weston, MI, on Saturday, January 15, 2022, from 10 – 11 AM with funeral services following at 11 AM.

The family suggests donations be made to the Lyons Fire Department, 409 West Morenci Street, Lyons, OH 43533; The Sight Center of Northwest Ohio at 1002 Garden Lake Parkway, Toledo, OH 43614, or the charity of the donor’s choice.