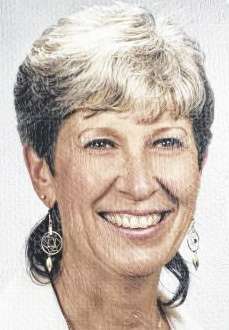 She was born September 5, 1933 to Elmer and Alice Trudel at the family farm in Fulton County, Ohio near Wauseon.

Growing up Helen enjoyed music and singing. She played the flute and sang in the Bowling Green University Choir.

Helen graduated from Wauseon High School in 1951 and graduated with a degree in Business Management from Bowling Green State University.

In 1954 Helen and Roger Turner were married in Archbold, Ohio and had three boys, Lon, Rick and Scott.

In 1961 they moved to California where their fourth son, Kelly, joined the family. Eventually the family settled in Carbon Canyon near Chino, California.

Helen enjoyed a long professional career in accounting and business management while never losing sight of being a loving, fun and caring mother.

In 1973 Helen and Roger moved the family to Chino Valley, Arizona. Helen worked as Office Manager for The Daily Courier from 1973 To 1986.

When Roger retired from R.W. Turner & Sons Pump & Windmill Co., Inc they moved to Bullhead City, Arizona where Helen worked as the publisher of the Laughlin Gambler newspaper and later clerk of Clark County court in Laughlin. Roger passed away in 1989.

A few years later she married Donald Waugh. After retiring from Clark County, Don and Helen moved back to Chino Valley.

She kept herself busy volunteering with the Chino Valley Recreational Foundation, serving on the Foster Care Review Board and helping in the office of the family business. Don passed away in 2002.

Several years later High School sweetheart, Norval “Bus” Figy, contacted Helen and after a brief courtship they were married in 2007.

They enjoyed many years of snowbird life living in Bus’s home in Spokane, Washington in the summers and Helen’s Chino Valley, Arizona home in the winter.

Family suggests donations be made in Helen’s memory to the Alzheimer’s Association, www.alz.org.