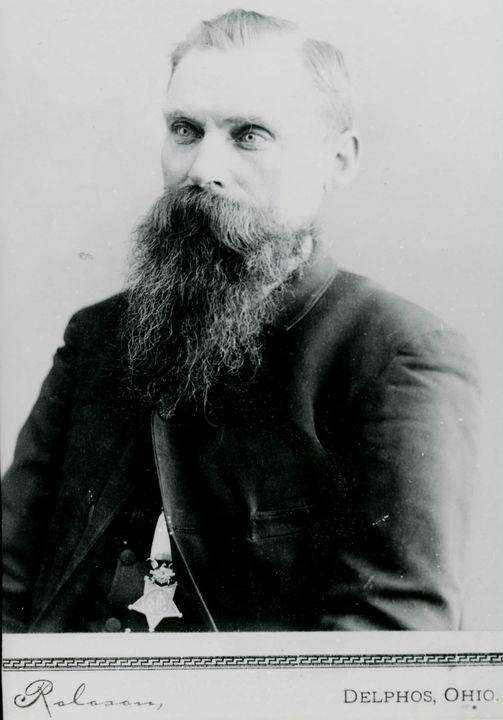 (January 24, 1837, 184 years ago): William J. Knight, one of the engineers of the Civil War Andrews Raid, was born. Knight was born in Wayne County, Ohio, on January 24, 1837. His parents died before Knight was five years old, and he was raised by his grandfather Jacob Knight. Around 1852 Knight moved to Farmer Township, Defiance County. In 1861, Knight enlisted in the 21st Ohio Volunteer Infantry regiment. In 1862, Knight participated in the Civil War “Andrews Raid” in which Union volunteers infiltrated Southern lines and stole the locomotive “The General.” The Raiders planned to make their way north, tearing up railroad tracks, cutting telegraph lines and burning bridges behind them. The Raiders were captured and imprisoned. Knight escaped and made his way back to Union lines. In September 1863 Knight received the Medal of Honor for his part in the Raid. By 1886 Knight moved to Stryker and gave public presentations on the Andrews Raid. On September 26, 1916, Knight passed away at his Allison Street residence in Stryker. This vintage image of William J. Knight is from the Williams County Public Library Photographic Archives.

Be the first to comment on "Historic Reflection: 1837 Birth Of Stryker’s William J. Knight"