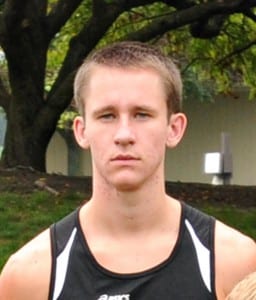 Someone who bears a strong resemblance to me once coined  a moniker, ‘“The Flyin’ Freys.” It started a few years back with Alex, then little brother Lincoln took over. The latest member of the Flyin’ Freys of Pettisville is Dominic, and he is carrying on the family tradition quite nicely. With Dominic out front, The Birds came away as the champs of the Fremont Invitational. He then put his name in the BBC First Team ranks in leading his team to the 2012 conference championship.

Be the first to comment on "“Hometown Huddle” Athlete Of The Week – Dominic Frey, Pettisville H.S."