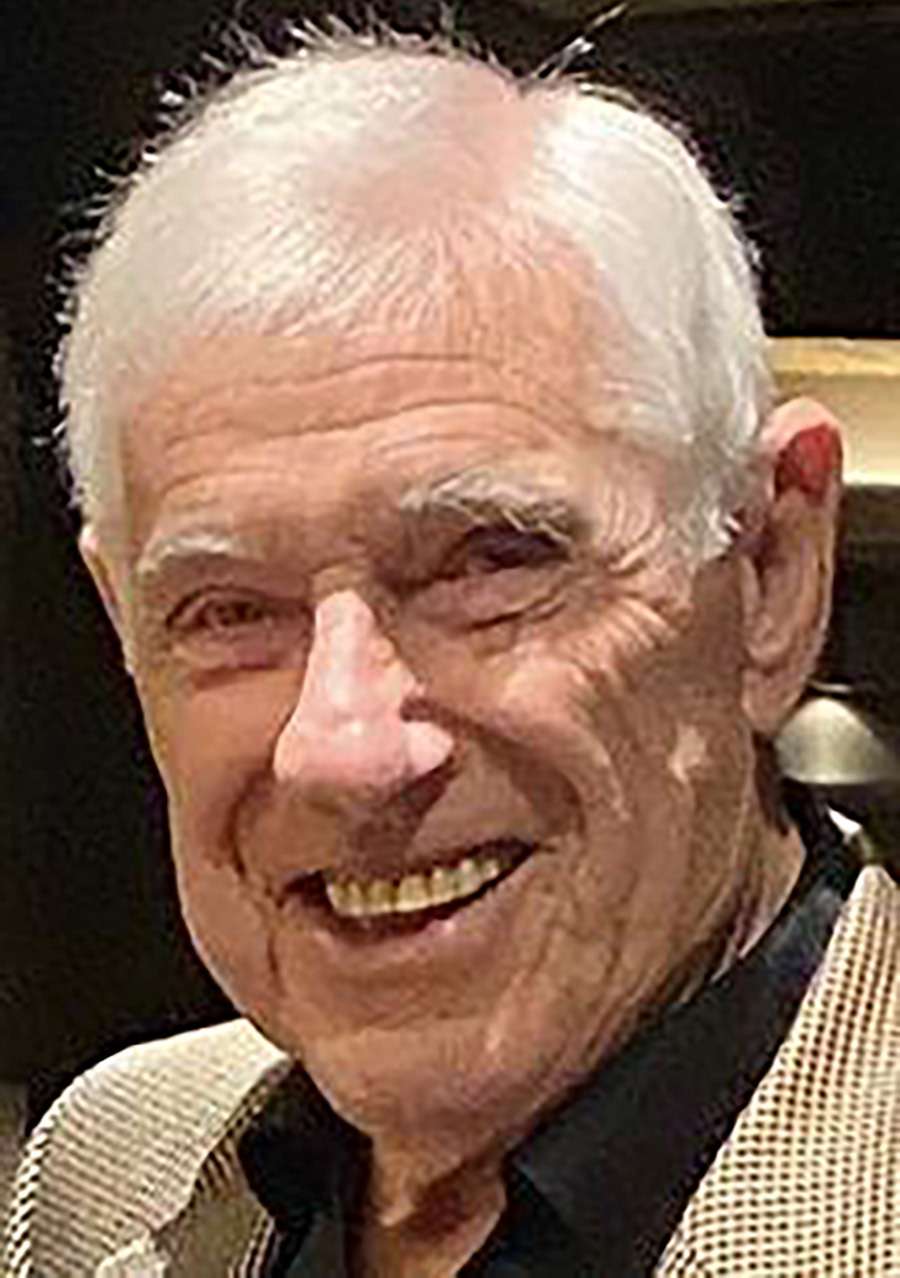 James Lewis DeGroff, age 92, passed away on Feb. 28, 2022. Throughout his life he exemplified the best attributes of an officer and a gentleman.

He attended Bryan High School where he was well known for his prowess on the basketball court and on the golf course.

He attended the U.S. Naval Academy and earned a bachelor’s degree in science in 1955 while competing as a varsity athlete on both the basketball and golf teams.

At the Charleston Naval Base, Jim caught the eye of Uldene Hill, and they married in 1960.

Together they raised their two sons and then enjoyed retirement in La Quinta until Uldene’s passing in 2003.

Jim was blessed to find love a second time when he met Sharon Hoder. Jim and Sharon were married for 17 years, embracing the expanded family that each brought to the union, enriching each other’s lives with even more children and grandchildren to love.

Jim had a long and illustrious U.S. Naval career serving on eight U.S. Navy ships and submarines and fighting in the Korean and Cold wars.

He first enlisted in the Navy in January 1949 serving on the USS Badoeng Strait (CVE-116) prior to attending the Naval Academy Preparatory School and then enrolling in the U.S. Naval Academy in 1951.

After graduation he attended the U.S. Navy Submarine School and served in the Submarine Force for over 24 years.

His outstanding service was recognized with a multitude of awards and ribbons including the Meritorious Service Medal, Navy Achievement Medal, Korean Service Medal with two battle stars, and a U.S. Navy Expeditionary Medal.

After retiring from the Navy, Jim worked as a systems engineer for Q.E.D. Systems in Bremerton, Washington, until he finally concluded his long and successful career to enjoy his passion for golf, friends and family in La Quinta, California.

He is preceded in death by his first wife, Uldene Hill DeGroff; his brothers, Robert, Maurice, Brooks, Richard, Harold, Clarence, Morton; and his sister, Jean Good.

Jim was a devoted family man and a loving father and grandfather. He was outgoing and had a lifelong passion for golf, sports and always enjoyed a good cocktail.

One of his favorite lines was, “If I were feeling any better, I would have to be two people.” Jim was also a generous volunteer and was a longtime member of the Rotary Club in Washington and California.

His family and friends will always remember him as a true gentleman of utmost integrity.

A service is scheduled for 2 p.m. March 6, 2022, at the PGA West Private Clubhouse with a reception to follow at the same location.