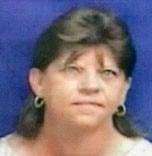 Jewell “Judy” A. Swalley, age 60, of West Unity, Ohio passed away Tuesday, October 17, 2017 after fighting a long battle with cancer.

Jewell was born August 28, 1957 in Webster Springs, West Virginia to Willie and Lorraine (Carpenter) Spencer and they survive. Jewell graduated from Archbold High School in 1975.

There will be a private family service at a later date. Those who wish to show an expression of sympathy are asked to consider memorial contributions be made to the family or CHP Hospice, Bryan, Ohio.