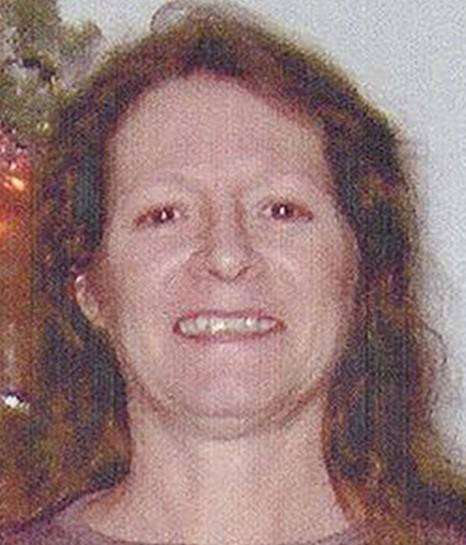 Joni was a 1976 graduate of Fairview High School. During her high school years, she was a cheerleader and she also played the baritone in band. Through her adult life, she worked at Key Bank and at several area industries, primarily Arrow Tru-Line. Most recently, she was employed at Kamco Industries in West Unity, Ohio.

She attended Mark Center United Methodist Church, but she also found joy in being a member of the Eagles and the Moose Lodge in Bryan, Ohio. An avid athlete, Joni played recreational softball for more than 20 years, while also bowling and playing volleyball.

She enjoyed fishing and she played trombone in the Bryan City Band for two years. Her true passion was animals, especially Jack Russell terriers. When she wasn’t playing sports, she was rooting on her favorite football teams, the Ohio State Buckeyes and the Minnesota Vikings.

A funeral service for Joni will be held at 11 a.m. on Thursday at Smith and Brown Funeral Home in Hicksville, Ohio. Visitation will be from 3-7 p.m. on Wednesday, also at the funeral home. Burial will be in Lost Creek Cemetery immediately following the funeral.

Memorials may be made to the Defiance County Humane Society. Online condolences may be shared at www.smithbrownfuneralhome.com.