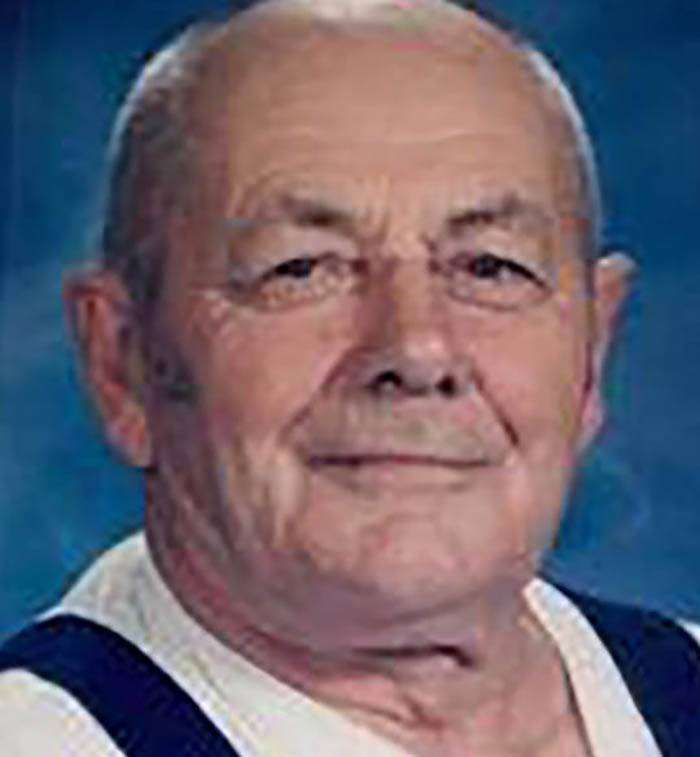 Joseph E. Schultz, Sr., age 96, of Camden, Michigan, and formerly of West Unity, Ohio, passed away on Wednesday, January 8, 2020, at his home, surrounded by his family. Mr. Schultz was a production employee and truck driver for Stubnuts & Green—“Stubbys,” and later worked as a custodian at the Sunny Side School.

Joseph served his country during World War II serving in the U.S. Navy in the South Pacific. He served alongside his brother, Frank, aboard the USS Crowley. He was a member of the West Unity American Legion and the Pioneer VFW. He enjoyed golf, fishing, gardening, mowing his lawn, and spending time with his family.

Joseph E. Schultz was born on May 7, 1923, in Cleveland, Ohio, the son of Steve and Erma (Maraz) Schultz. He married Mercidis Christian on June 25, 1966, in Cortland, Ohio, and she preceded him in death.

Graveside services celebrating Joseph’s life will be held on Saturday, May 8, 2021, at Shiffler Cemetery. Graveside military rites will be accorded by the West Unity American Legion and U.S. Navy Honor Guard. Services have been entrusted to Krill Funeral Service, 860 West Mulberry Street, Bryan.

Memorials are requested to a hospice or other organization of the donor’s choice.