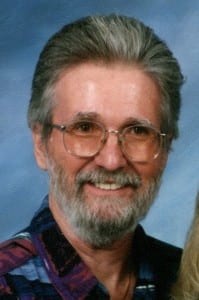 He leaves to cherish his memory his loving wife of 30 years, , Arlean Shea; three daughters, Stacy Shea of Garrett, Indiana; Tracy Leu (Shawn) of Wauseon, Ohio; and Tiphinnie Shea-Skobba (Daryl) of Dearing, Georgia; a brother, James Shea (Sharon) of Chanute, Kansas; and one sister, Shirley Hahn (Jerry). He also leaves behind 4 grandchildren a host of nieces, nephews and many loving friends.

Born and raised in Alpena, Michigan on May 13, 1938, he worked odd jobs as a child. Karl went on to become a veteran of the United States, after serving 4 years in the U.S. Marine Corp. He was a police officer for the Alpena, Michigan Police Department, where he enjoyed scuba diving. In 2000, he retired after 43 years, as a Train Dispatcher from Norfolk Southern Railways. He then worked as a manager on duty for the movie gallery in Bryan for 10 years.

He is preceded in death by his parents Karl Milroy Shea, Sr and his mother G. Lucille Shea.

Visitation for Karl will be Sunday February 17th from 1:00-3:00 pm at the Thompson Funeral Home in Montpelier. A Memorial Service will be held at 3:00 p.m. at the funeral home with Pastor Herb Strickland to officiate. Memorials can be made to the family Online condolences can be made at www.thethompsonfuneralhome.com