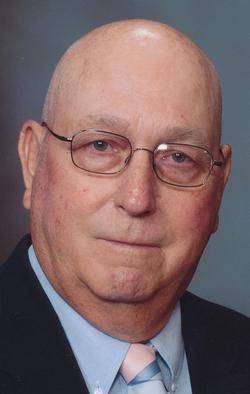 Larry retired after a career as a Locomotive Engineer with Michigan, New York and Penn Central, Conrail , Amtrak and Norfolk Southern Railroads. He served the nation in the US Navy Reserve and was a member of the Jackson Moose Lodge #156 and was a long time supporter of the Napoleon United Methodist Church.

He was preceded in death by his son Spencer, three brothers, three sisters and his parents, Harry L. and Ida S. (maiden-Kraus) Richardson.

Funeral services will be held at the funeral home Wednesday, November 4, 2015 at 11 am with Pastor Greg Wolfe officiating. Interment Oak Grove Cemetery, Napoleon. Visitation will be held Tuesday evening 5-8 pm and on Wednesday one hour prior to service time.

Contributions in his memory are directed to the Napoleon United Methodist Church.

Be the first to comment on "Larry L. Richardson"