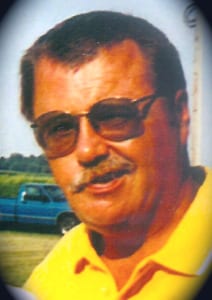 Lawrence (Larry) R. Christy, age 67, of rural Stryker, passed away Wednesday morning, Oct. 1, 2014 at Regency Hospital in Sylvania. For 40 years he had been the Sports Director for WMTR Radio in Northwest Ohio.

Larry was born in Wauseon, Ohio on July 31, 1947, the son of Mike and Barbara (Lawrence) Christy. On December 17, 1977 he married Becky Praet, and she survives. He was a member of the Archbold United Methodist Church and a member of the Ohio Sportscasters Association. He was a 1965 graduate of Archbold High School, and received his Bachelors of Science in Business from The Ohio State University.

Interment will be in the Archbold Cemetery. The family requests that memorial contributions be given to the Zane, Morgan and Blake Garber College Fund. Online condolences may be offered to the family at www.grisierfh.com. Grisier Funeral Home in Archbold has been entrusted with arrangements.