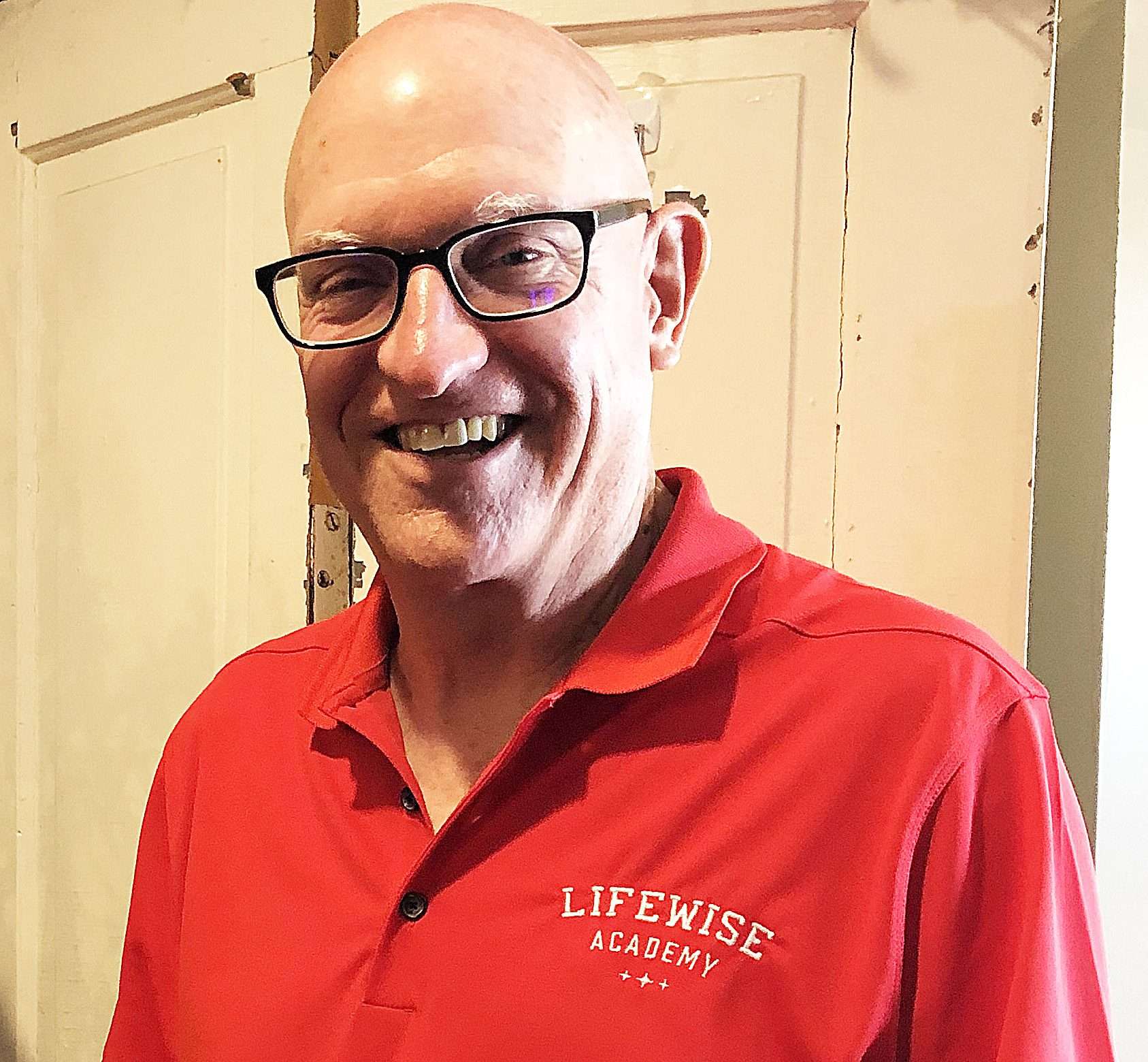 LIFEWISE ACADEMY BRYAN … Jack Brace is the first Director for this great new addition for public school students in Bryan, Ohio. Brace is excited about getting started this fall. (PHOTO BY REBECCA MILLER, STAFF)

In 1952 the Supreme Court ruled that public school students can attend Bible classes during the school day, as long as they are held off school property, are privately funded and parental permission has been given.

To this day not many know about this ruling, causing surprise when they hear that public school students are being released for Bible based character education.

LifeWise Academy, which is a Released Time Religious Instruction (RTRI) program, sees this as a great opportunity to minister to the next generation.

This program was founded in 2018 as a division of Stand For Truth, “an event based nonprofit ministry with a mission to reach public school students.” For those who have heard him, Brad Hurtig, a favorite speaker in NW Ohio, ministers with Stand For Truth.

According to their website, “The creation of LifeWise was inspired by an RTRI program in VanWert, Ohio, which boasts a 95% participation rate among public elementary students.

In an interview with Jack Brace, the man appointed by the Bryan LifeWise steering committee to be the Director for LifeWise Academy Bryan, it was shared that up through this past school year (2021-22) there were twenty-eight active academies in Ohio and one in Indiana. Next year, there will be over seventy, with 200 more in the planning stages!

Val Plouck, a retired teacher, heard about LifeWise and got the ball rolling for LifeWise Academy Bryan, when she invited a group of interested people to a kick-off presentation.

A Steering Committee was formed made up of volunteers. The next step was to get approval from Bryan Schools, and that was given.

A Board was created and is presently made up of Director Jack Brace, Secretary/Treasurer Rick Hanson (whose daughter Jenny Hanson is a LifeWise teacher in Defiance), Finances Mitchel Owens, School Liaison Val Plouck, Logistics Bob Lloyd, and Language/Social Media Niki Huard.

They meet together almost weekly and are busily preparing for the 22-23 school year in Bryan. School starts August 17th and their goal is to begin LifeWise Academy on August 22nd.

According to Brace there are already forty students signed up to attend. They will begin this year meeting with students who have permission, from grades 1-5.

For anyone interested and wanting more information, details are well covered in the online website for LifeWise Academy, lifewiseadademy.org.

There is a two-and-a-half minute video that covers the basics and proves that it is possible for public school students to have a Bible Education during school hours.

The website contains much more, answering any questions that the reader might have. It also offers a place where parents can sign up their child to attend.

Anyone who wants to check into the possibility of starting a LifeWise Academy in their community can also get all the information needed.

LifeWise Academy is fully funded by private sources and those interested in funding it can become a partner to contribute monthly or annually to sponsor students.

There is no cost to the families or to the schools.