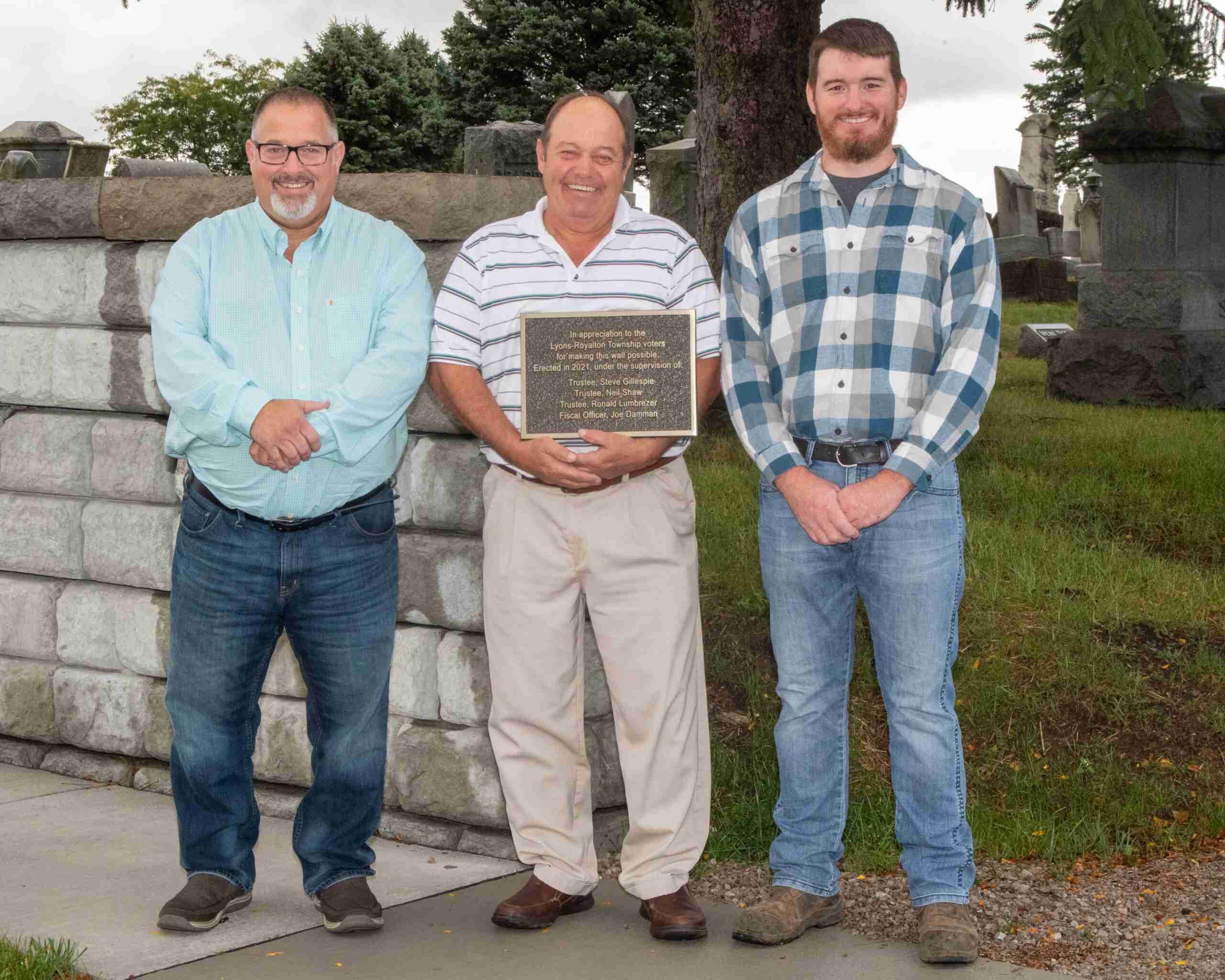 Voters for these two areas voted for a levy to collect funds to construct a new wall at the cemetery in town.

The dedication took place with township trustees presenting a plaque for the new wall that will later be placed on it.

The plaque reads, “In Appreciation to the Lyons-Royalton Township voters for making this wall possible. Erected in 2021, under supervision of Trustees, Steve Gillespie, Neil Shaw, Ronald Lumbrezer, and Fiscal Officer Joe Damman.”

The previous wall located at the cemetery had numerous attempts made to fix the issues with it, but ultimately were unsuccessful.

The wall itself was built sometime around the years 1906 to 1908 when a railroad used to go through town. Village Trustees stated that the plaque, and dedication itself, is a giant thank you to the Village and Township citizens that voted on it.

During the dedication, the Lyons-Royalton Fire Department also showed off plans for the addition that will be made to the building.

Due to recent changes with the counties EMS contracts, as well as a tumultuous past and similarly uncertain future, the need arose for showers and bedrooms for the Fire Department.

The showers will allow EMS personnel and firefighters to shower after calls which will help to reduce their exposure and risk to various carcinogens that they are exposed to during their work.

Bedrooms will also be added in order to accommodate the departments new future of being a twenty-four-hour department.

During the departments open house, they also showed off their new equipment. Two new vehicles were procured this year to help with fire operations.

A new tender, or tanker, was delivered to the department around February or March that replaced one of the departments aging tenders that was sold to the Fayette Fire Department.

The department also received a new ranger all-terrain vehicle that will be used for numerous types of calls including field fires.

Drinks and snack foods were provided as well as a meet and greet with some of the department members including the Chief and the township trustees.