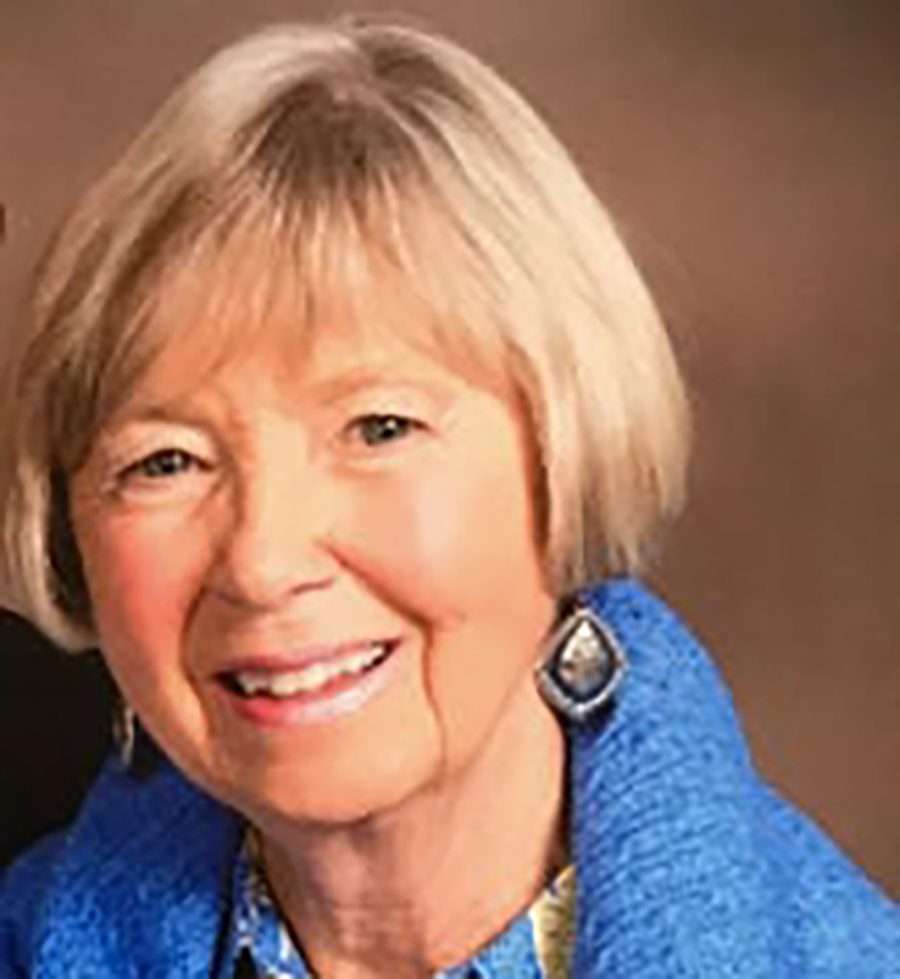 Marilyn was born on Dec. 3, 1935, in West Frankfort, Illinois, the daughter of Dr. William Stanley and Ethel Dorothy (Sides) Rains.

Marilyn was preceded in death by her parents and sisters, Norma Rains and Betty Rains Armstrong (twins) and Dorothy Rains Starkweather.

Marilyn married Bruce Neil Coleman of West Frankfort, Illinois, on June 13, 1957. “Mimi” and Papa had moved only months ago from Angola, Indiana, to West Chester, Pennsylvania, to live closer to family.

The entire family will always be grateful for extra special time with mom during her last few months.

The ultimate joy of her time in Pennsylvania was spending the holidays with both of her children, all five grandchildren and meeting her first great-grandson, Austin Karter Schwartz.

We have the sweetest video of Mimi holding him and gushing over his cuteness and especially his hiccups.

Marilyn was a graduate of West Frankfort High School and Southern Illinois University (SIU). She was a member and past president of the music sorority Mu Phi Epsilon at SIU.

Marilyn was a flautist and performed in the concert and marching bands, along with a flute trio that performed throughout the university as well as other events, including a special event for the governor of Illinois. She later used this talent to give private lessons in Bryan, Ohio.

Marilyn was very active in the Wesley United Methodist Church in Bryan and enjoyed playing her flute and singing in the choir.

She retired in 1996 and moved to Lake George, Michigan, which holds many memories of joy and laughter from summers spent at the lake.

Marilyn and Bruce attended the United Methodist Church in Angola, Indiana. She was active in the choir, various committees, and a member of the Rebekah Circle.

Bruce and Marilyn later moved to Angola, Indiana, where she remained active in church activities, gardening club and PEO.

Bruce and Marilyn treasured decades of special friendships in both Angola and Bryan, where they enjoyed bridge clubs, Spring Breaks in Florida and making wonderful memories wintering with friends in Gulf Shores, Alabama, and Mesa, Arizona.

Mimi will be most remembered for her faith in God, her loyal friendship, her love for family, her sweet temperament and her caring and compassionate ways.

She loved to have fun with family and friends, laugh and get the “giggles” with the best of them.

She is with Jesus now, resting in His arms and reuniting with many precious friends and family who have passed before her. May you rest in peace sweet Mimi.

In lieu of flowers, memorial contributions to Angola United Methodist Church, 220 W. Maumee St., Angola, IN 46703, https://angolaumc.org/, would be appreciated.

Online condolences can be left at www.donohuefuneralhome.com.