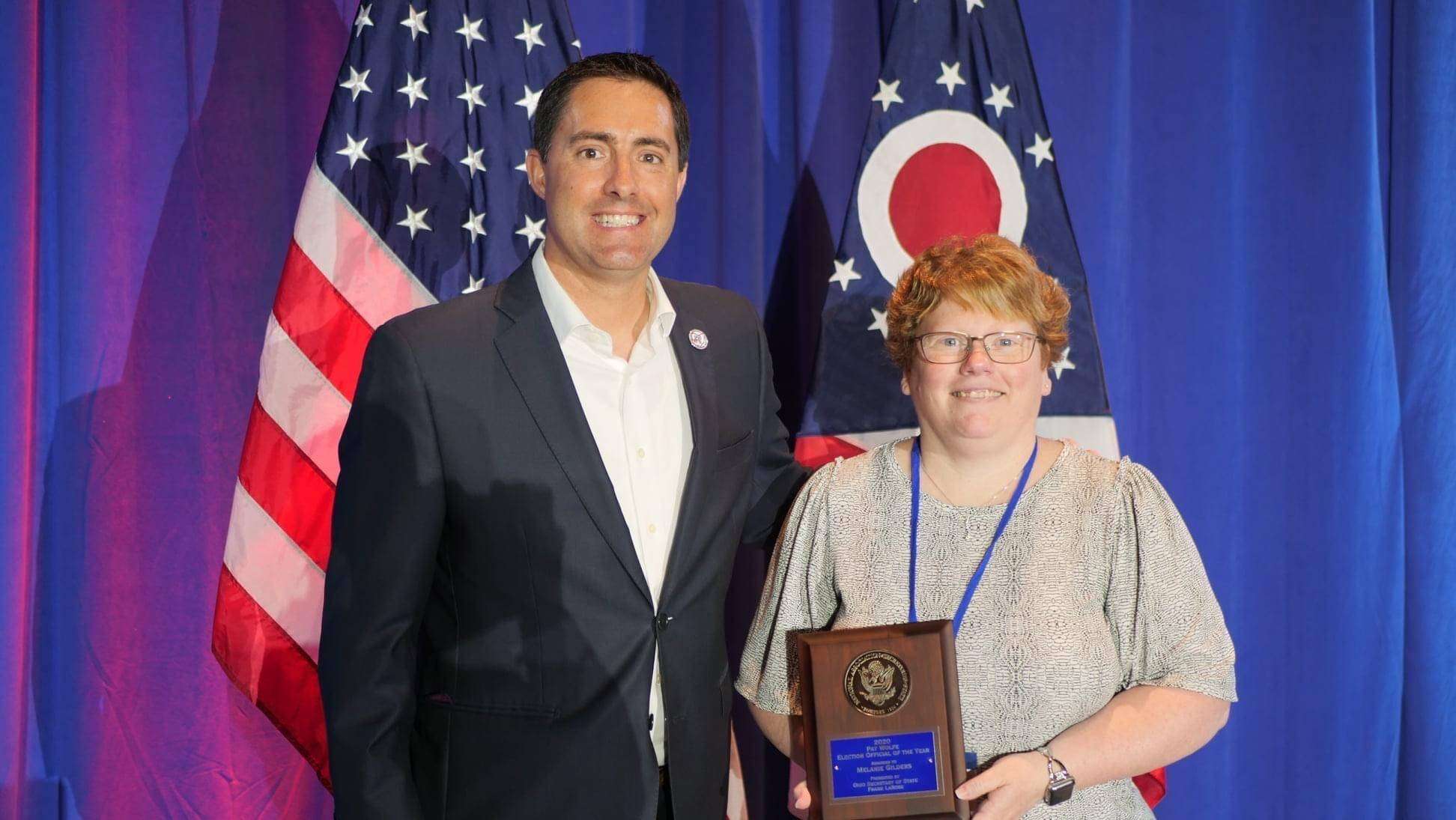 June 10, (WAUSEON, OH) On Tuesday, Fulton County Board of Elections Director Melanie Gilders was named the Pat Wolfe Republican Election Official of the Year for 2020 by Secretary of State Frank LaRose.

Each year the Secretary of State’s Office presents this award to one republican and one democrat election official in Ohio. This year, the democratic award went to Lori Ritzler, Seneca County Board of Elections Deputy Director.

This award is presented to officials who have made a notable positive contribution to the profession of election administration in their county of residence and/or in the State of Ohio. Gilders was one of 24 nominees for the award.

“I am honored and humbled to receive this award from Secretary of State Frank LaRose and to be nominated by a fellow Elections Director,” Gilders said. “To receive an award associated with Pat Wolfe is absolutely amazing.”

“And even though this is an individual award, I share this honor with the entire Fulton County Board of Elections Office and County.”

“Without the support of Deputy Director Liz Stuart, our Board Members, the County Commissioners, our staff and precinct election officials, I could not carry out the work we do alone.”

Gilders has been at Fulton County Board of Elections for 13 years and has been Director since 2011.