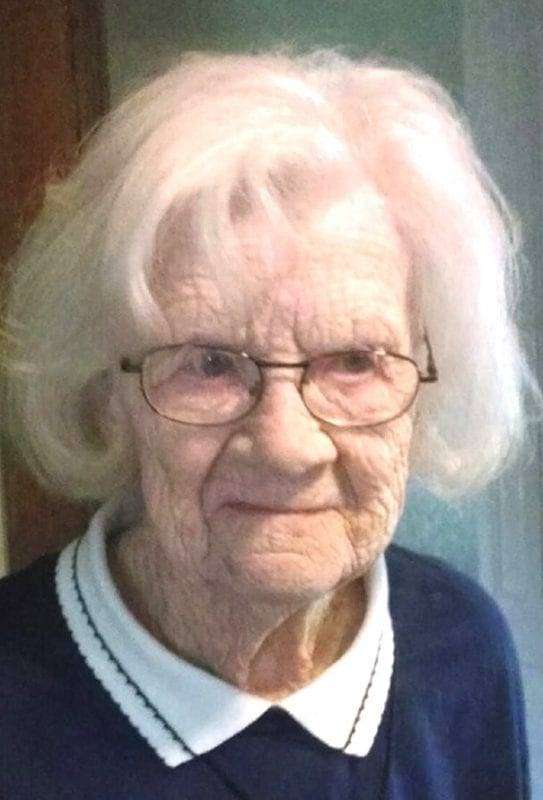 Mildred E. Beaverson, 97 years, of West Unity, passed away Friday, January 30, 2015 in her home with her family by her side. Mildred was born September 20, 1917 in East Liberty, Ohio, the daughter of the late Pearl and Daisy (Benton) Patrick. Mildred was raised by Pearl and Alice Weller from a young age. She was a 1935 graduate of Fayette High School, where she was a cheerleader. She married Rollin “Dutch” Beaverson on August 21, 1937 in Angola, Indiana, and he preceded her in death on August 26, 2003. Millie was a devoted wife, mother and grandmother and assisted her husband in operating the family farm. She enjoyed fishing and going camping.

Surviving are her two sons, Larry (Linda) Beaverson of Traverse City, Michigan and Jerry (Jan) Beaverson of Pewee Valley, Kentucky; nine grandchildren, 17 great-grandchildren and 11 great-great-grandchildren; one brother, George Patrick of Berne, Indiana and her caretaker, Joyce Yoder of West Unity. She was preceded in death by her husband, Dutch, one son, Philip Ronnie Beaverson, two brothers, Morris and Sam Patrick and one sister, Thelma Herring.

In lieu of flowers, the family has requested memorial contributions be made to Community Health Professionals Hospice, 127 Blakeslee Avenue, Bryan, Ohio 43506. Condolences may be sent to the family or the online guest book may be signed at www.oberlinturnbull.com