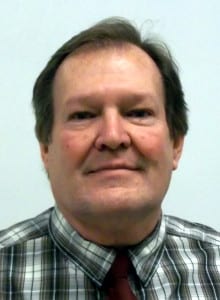 Larry Long, current interim high school principal, has been named as the new superintendent for the district for the 2013-2014 school year

Millcreek-West Unity staff and students will have a new superintendent for the 2013 -2014 school year. The school board voted to accept Mr. Larry Long, currently the interim high school principal, as their new superintendent upon the retirement of Dr. Bob Smith, who will remain through the end of the 2012-2013 school year. Long received a hearty recommendation from Dr. Smith who noted that Long, who only began working for the school district this past fall, had won the respect of the staff and students. Smith said that Long had brought “ability and commitment to Hilltop” and that he was familiar with the uniqueness of the district, personnel needs, and community leaders.” He added that Long had not needed training for the job, but had jumped right in. Long has served other districts in the past before filling in for the job as interim principal.
[emember_protected custom_msg=”Full content protected for online subscribers. Purchase a one week subscription from the top menu bar for just $1.99 to read all online content (full access). Longer subscription plans are also available. Subscriptions cover our costs to attend local events; bringing forth Hometown News Coverage to our communities.”]
Dr. Smith told the board that it had been a wonderful experience to serve West Unity, but that he is “tickled to death, Larry, that you are the next superintendent.

The April 22, 2013, meeting opened with a public hearing for the purpose of retire/rehires for Lisa Dobbelaere and Pat King. They are being rehired after retiring, and will enter into a one year contract at a five-year pay grade. No visitors were present to give their input, so the Special Board Meeting was quickly adjourned, and the regular monthly April meeting was opened. The board approved the agenda.

Sarah Carrothers, legislative liaison that the house had voted the past Thursday on the state budget, and that changes made to the bill should be positive as budgeting will be based on a per pupil formula.

Interim high school Principal Larry Long reported that the prom would be held in the commons and lobby areas this year on April 27. The 5th and 6th grades will have their ROMP dance on May 2, and then the 7th and 8th graders will have their alternative to prom at a later date. Long and Terry Westfall went through the entire scheduling process which will detail the course, credits and length of the classes.

He told the board that Emily Maneval will be advancing to the National Science Fair in Phoeniz, Arizona, and will be there for the event May 12 – 17. Long was impressed with the Finance 101 trip to the Game of Life during Senior Day on April 19, held at the Ramada Inn. He added that it was a tremendous program for the students. Some participated in job interviews and received help from two attorneys who were on hand. He believes that the experience has given the seniors a solid base to move on from as they graduate. Long is hard at work with the school wrapping up spring sports, banquets, and graduation. Seniors will have exams on Thursday, May 23, and on Friday, May 24. Their last day is May 24. Graduation practice is on Thursday, May 23 at 12:30, and teachers and advisors have received a list of potential graduates. The graduation ceremony for seniors is June 2, 2013.

Elementary Principal Laura Springer had many upcoming events to share with the board.
Students and staff have a busy calendar throughout the rest of the school year. Sheryl Degroff was to receive the Franklin B. Walters Special Education Award for Williams County. She had been honored at the board meeting of the NWOESC. There were recipients from each of the four counties. Springer said that Degroff was “an outstanding educator,” and that she would sign herself up to the schedule for outside playground duty because she wanted to be outside with the children every day. She is a “giver” and despite this being her last year teaching, she was “right there learning” about new changes, even through her last year. Springer added that Degroff has been “100% engaged.”

Throughout the end of the school year, Springer will be meeting with parents and students to finish IEPs. She will be attending the IIS Lab, for the purpose of looking at taking data from testing and assessments to see how educators are doing with their teaching. This will help determine if IIS is something that she wants to bring to the school district. She believes it will allow teachers and administrators to pinpoint what they’re missing in order to be fully effective in teaching their students.

On Friday, May 4, the 4th grade students will take a field trip to Harrison Lake. Grandparents day will be held on Tuesday, May 7 for grandparents of those in 2nd and 4th grades; and on Wednesday, May 8, for those whose grandchildren are in grades 1, 3, 5, and 6. There will be a book fair from May 6-10. The Right to Read week will follow from May 13 – May 17. This year’s theme will be a Sunsational Reader’s Beach Theme in honor of National Luau Month, and there will be many fun activities for students.

Mrs. Dobbelaere’s 6th grade class is especially excited because a young lady from the class wrote to WTOL TV 11 and sent in her essay for the Weather Contest. She won 30 tickets to Cedar Point for her class and chaperones. Their trip to the amusement park will be on Wednesday, May 15. They will be filmed by the news station, and will be on the weather that night during the news. The other 6th grade class will not be left out in the cold. They will have their own field trip that same day to Spangler’s Candy Company in Bryan. The Mud Hens reward trip will be on May 24, for those students who have earned their way to visit the minor league baseball team, and 3rd through 6th grade students will go bowling that same day. They elementary school will have an awards ceremony on their last student day on May 30, and kindergarten students will have their graduation on that day as well.

There was a drawing for an iPod Touch. One student had their ticket drawn as a reward for good grades. Students had earned three tickets for each A received, two tickets for Bs and one ticket for a C. Forty-five other students received a box of candy. There is to be one more roll out with the iPod Touch as part of a “catch them being good” promotion. Students earn a ticket or coupon for good behavior and demonstrating kindness to others.

At this point in the meeting, the board approved a three year contract for Larry E. Long as Superintendent at $85,000 for the 2013-2014 school year with years 2 and 3 to be negotiated. The board unanimously voted yes.

Dr. Bob Smith said that financially, the district was looking good. During the first nine months of operation for the school year, spending was down by $20,000. Although spending was up 1% over last year, if spending for the next three months is consistent, there should be no deficit in the budget heading into next year. If revenue, however, falls as expected, there should still be no deficit in the budget. He presented the board with a graph reflecting the budget and showed that the district has maintained a “pretty even” cash balance, and revenue was performing the same. He said that the same applied to monthly expenditures, and he hopes that they will not have to dig into their revenue accounts.

In items from the board, Roger Detwiler had received estimates for replacements for the concession stand countertop. The current countertop at the serving window of the concession stand was warped and deteriorating. Corian seemed to be the least expensive and a new base would be installed. It is weather durable and designed to withstand extreme hot or cold temperatures. Stainless steel was the other alternative, but it would be installed over the present counter’s wood base. Both surfaces sounded like they would be very serviceable, but the estimated cost of the Corian was less, and the board voted to go with that option.

Dr. Bob Smith discussed the upcoming renewal levy. He said that signs are out in yards, the first round of letters had been sent out, and they were getting ready to send out the second round. Informational meetings have been held in Alvordton. He notes that this is not a new levy, but a renewal of a current levy with is necessary to maintain the school budget. The school had already lost $200,000 to $300,000 in state budget cuts this last year, and it would be devastating to the district if the levy does not pass. Voting will take place on Tuesday, May 7, 2013.

The board went into executive session to discuss a pending court case, and no action was taken upon their return. The next school board meeting will be held on May 20, 2013, in the band room. The time has been changed to 5:30 p.m.[/emember_protected]