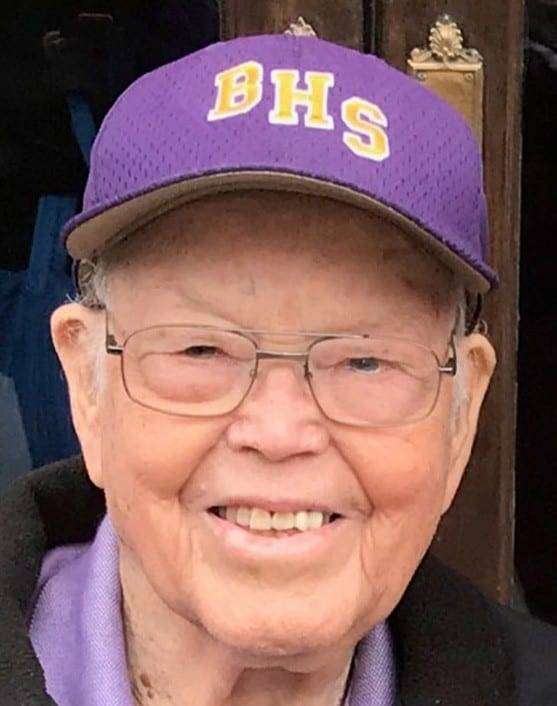 Nelson Eugene “Sunshine” Carder, 86 years, of Ney, peacefully entered the arms of Jesus on Saturday, August 31, 2019, in his residence, with his family at his side. Sunshine was born July 10, 1933, in Continental, Ohio, the son of the late John Nelson and Jenetta Mae (Little) Carder.  He attended Continental Schools.

He married Bonnie Jean Batt on June 3, 1959 in Immaculate Conception Catholic Church, Marysdale, Defiance, Ohio, and after 50 years of marriage, she passed away on October 10, 2009. Sunshine began his working career at Hancock Brick and Tile in Ottawa, Ohio. He briefly worked at General Motors in Defiance, then switched careers and began working for Stine Lumber Company, which later became Bryan Building Center.

He then was offered the opportunity to work for the City of Bryan Street Department where he worked for 20 years, retiring in 1996.  Sunshine was never one to sit still very long. He became a Reserve Officer for the Bryan Police Department serving the Bryan community, where he retired in 2013 after 41 years.  He was a Little League Baseball Coach, coaching the Colts team for 44 years, finally hanging up his mitt in 2009. He also worked as a funeral attendant beginning in 1962 for the former Oberlin-Ford Funeral Home, and current Oberlin-Turnbull Funeral Home. Sunshine was a member of St. Patrick Catholic Church, where he served as a greeter and usher every Saturday evening Mass. He was a devoted husband, father, grandfather and great-grandfather who would do anything to help his kids. He had an ornery streak and one never knew what he would stir up.  He had a heart for others and would do whatever he could to help them.

Visitation for Sunshine Carder will be held from 2:00-8:00 p.m. on Thursday, September 5, 2019 in the Oberlin-Turnbull Funeral Home – Lynn Street Chapel, 206 North Lynn Street, Bryan, where the Rosary will be recited at 7:30 p.m. Thursday evening.  Mass of Christian Burial will be held at 10:00 a.m. Friday, September 6, 2019 in St. Patrick Catholic Church, 610 Portland Street, Bryan, with Father Jim Halleron officiating.  Interment will follow in Evansport Cemetery, beside his wife, Bonnie.

In lieu of flowers, the family has requested that memorial contributions be given to St. Patrick Catholic Church. Condolences may be sent to the family or memories may be shared at www.oberlinturnbull.com