New Pool Being Discussed For The Village Of Delta 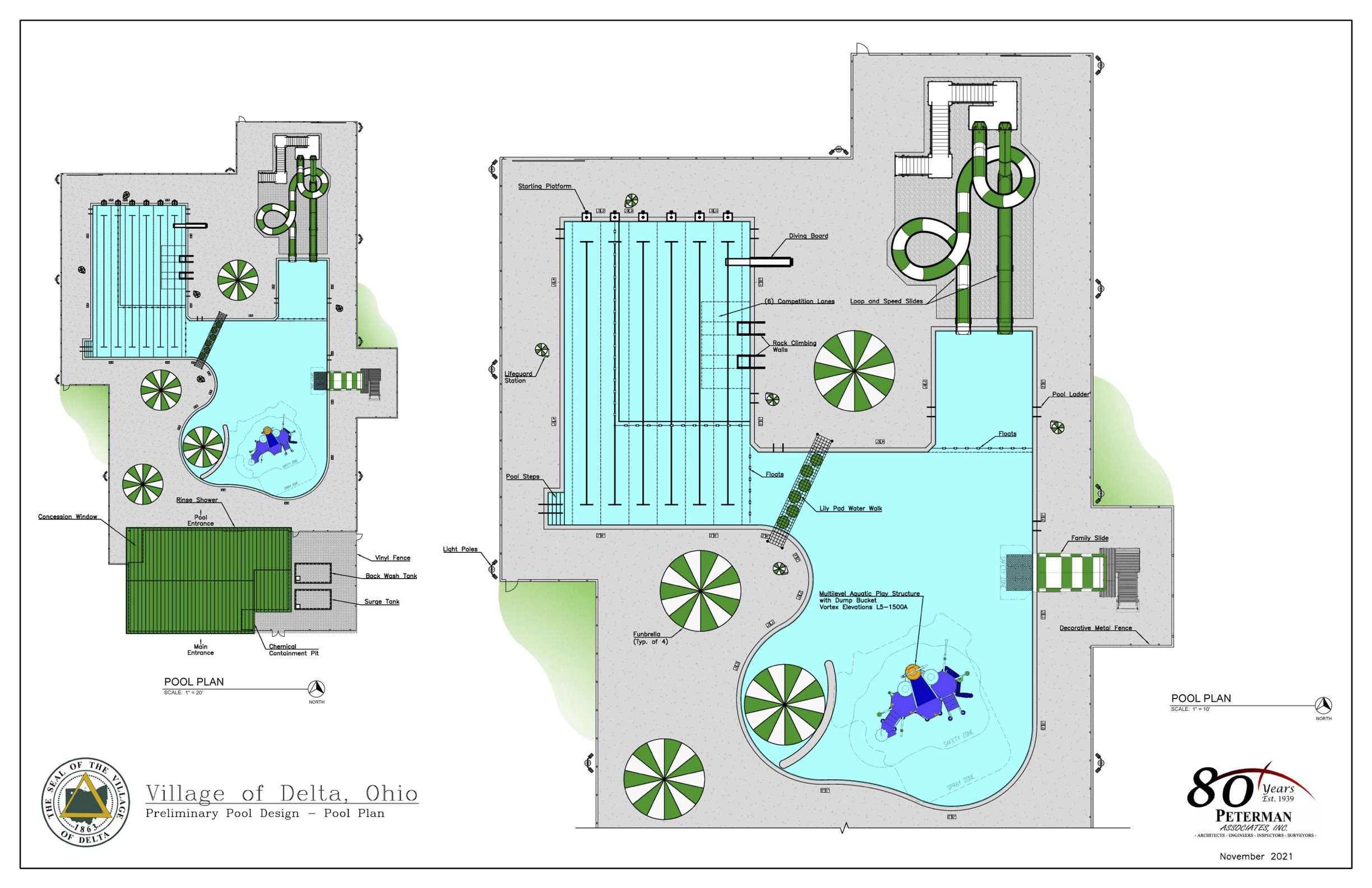 PRELIMINARY POOL … The design shown is a possibility for how the new pool in Delta could look if approved.

The Delta Village Council has been presented with plans to replace the pool in town. The pool, located at 511 Taylor Street, is looking to be replaced due to issues that prevent it from being able to stay open.

These issues include rusted out piping that is located underneath the floor of the pool and pool deck. Replacing the rusted pipes would require the entire pool to be dug out, effectively starting over anyways.

Stress cracks are also starting to show in the pool which would also have to be addressed if the pool would be kept as is. The cost for fixing the piping under the pool would be around $800,000 alone and would not include any improvements.

Instead, a proposal has been made to redesign the pool, demolish the existing one, and build a new one. The estimated cost for such a project is somewhere between $4 and $5 million, with the cost for a new pool being $3.5 million of that total amount.

The unknown portion of the estimate is how much it may cost to demolish and remove the old pool. The current pool house will also be demolished and rebuilt.

According to Village Administrator Brad Peebles, certain design elements were important for the new pool. The competition pool component was kept as long as there continues to be a Delta swim team.

Other things being looked at including are slides, entertainment amenities, rock climbing walls, diving boards, a family side, and a youth water recreation area.

The new pool house will also feature a concessions area along with the restrooms and showers.

The design of the pool and the cost estimate are not yet final. Mr. Peebles stated that a much better estimate should be received in the next 60 days.

This estimate will help the Village to make a decision for how much they want to ask for in the form of a bond issue. An issue will also be brought before voters in November.

The larger pool will also cause an increase in operational costs. As of right now this is expected to require an additional 1 mil levy to help with those costs.

The design is also not final and can be changed due to costs or changing circumstances and can do so in conjunction with the price. 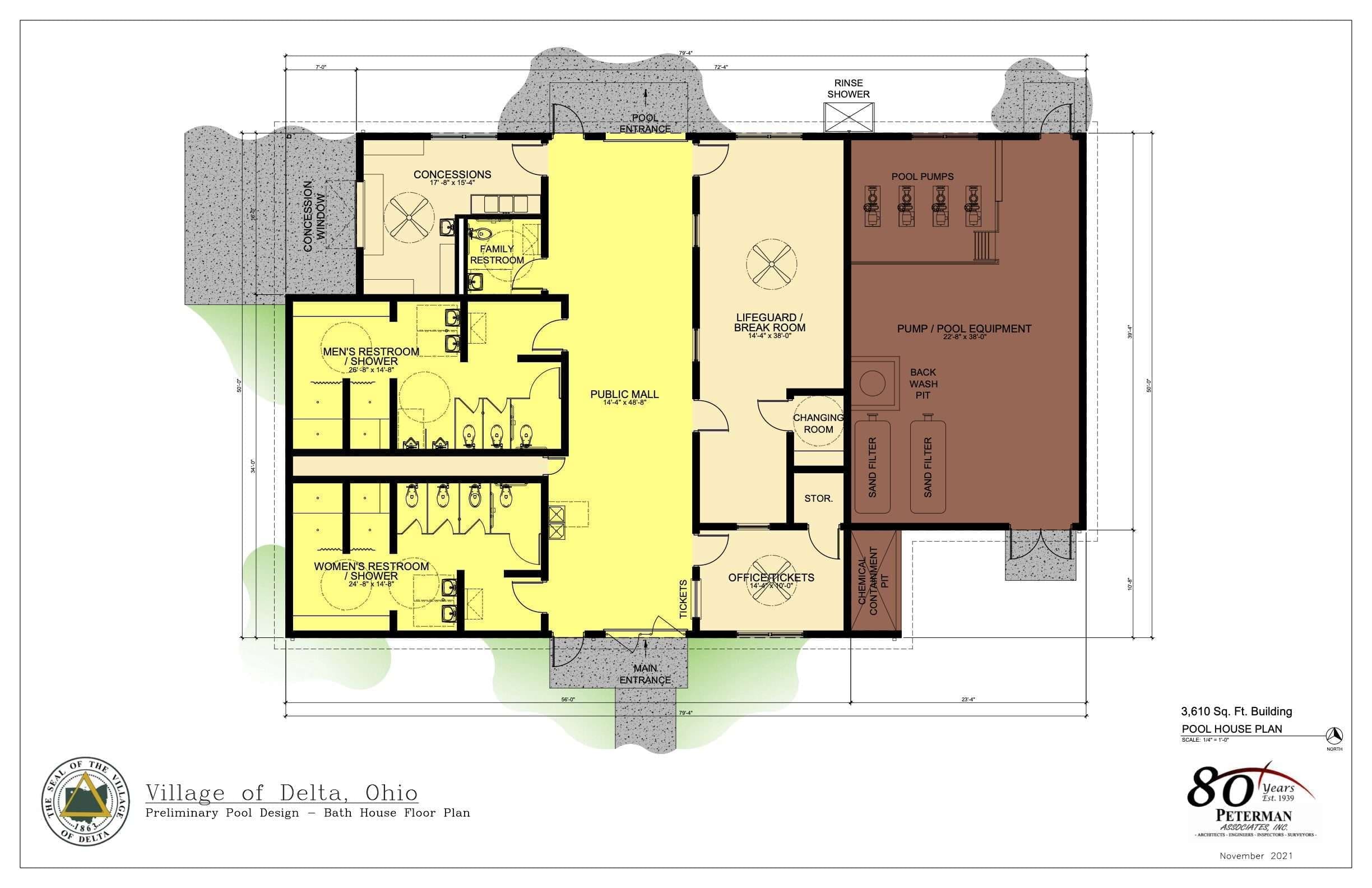