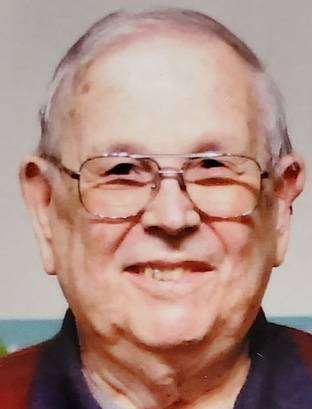 Nolan Lloyd Tuckerman went home to our Lord and Savior, Jesus Christ, on April 21, 2021. Nolan was born in Lyons, Ohio on August 20, 1935 to Lloyd and Wilma (Ferguson) Tuckerman.  He was the third child out of thirteen children.

Family was everything to Nolan.  He married his loving wife of 64 years, Deanna (Siegel) Tuckerman on February 16, 1957.  Together they have 4 beautiful daughters, 7 grandchildren, 2 special grandchildren and 8 great grandchildren.

Throughout his life, he supported his children and grandchildren in any way he could.  He especially loved attending his grandchildren’s sporting events.

He worked for the Village of Archbold for 30+ years and was Archbold’s first Village Administrator. During those years, he oversaw the village through periods of tremendous growth. Nolan was a very Godly man and an amazing role model for everyone he met.

He attended the Church of Christ West Unity, where he was active in his small group bible study.

Visitation will be on Saturday April 24th at Short’s Funeral Home from 4pm-7pm.  A private service will be on Sunday. He will be buried in Archbold Cemetery.

In lieu of flowers and memorials in Nolan’s honor, carry out acts of kindness for family, friends and those in need.