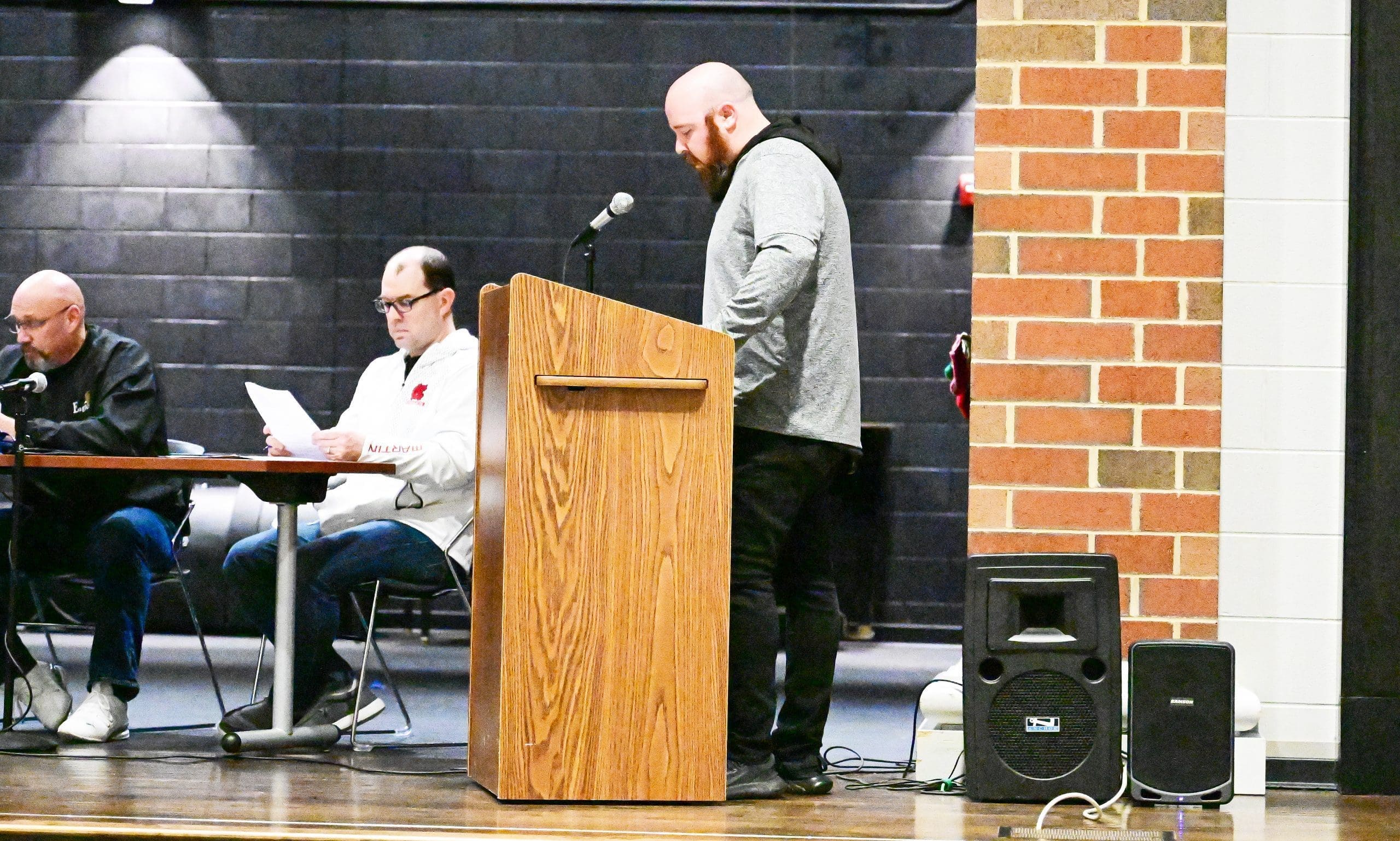 North Central School Board of Education began their regular meeting on December 20 at 5:30 p.m., following the work session which took place at 4:30 p.m.

The meeting was called to order that was followed with the Pledge of Allegiance.

Mr. Rob Taylor presented the Board of Education with an Eagle Café update. The Café has been serving roughly five hundred meals per day between breakfast and lunch.

Taylor shared numerous examples of price increases with the board. Taylor also encouraged board members to email congress and state reps.

He also stated, “There is a bill that just got introduced into Congress, it’s called No Hungry Kids In School Act.”

No Hungry Kids in School Act is an effort to provide funding for no cost meals across the country for all kids in school in all schools.

Babin began his report by showing his appreciation toward the school and staff.

Babin stated, “Change even when its unwarranted, is never easy for anybody, I truly believe in that alignment in one banner, one logo, and one mascot is simply the jumping off point of many changes that are in the near horizon.”

Levi Houser has recently signed to play college football for Wilmington FIghtin’ Quakers. A signing ceremony will take place at the school on January 5 at 10:30 a.m.

Board member Kati Burt asked Babin regarding talk of grandstands. Babin shared, “Currently we have three votes, they’re all roughly $200,000-$250,000,that includes seats with center bleachers that have a back to the chair, that ultimately, we could sell reserved seats like in the gym.”

“That exact plan hasn’t come to fruition yet because I don’t honestly know how much people would pay.”

The board moved to an executive session to discuss personnel at 5:46 p.m. that concluded at 7:10 p.m.

Minutes from the November 15 regular and work session meetings were approved as well ask financial statements and investments from November.

Pioneer American Legion Post 307 gave the school a donation of $1,255 per their requirements to donate to local school.

Appropriations from the general fund, ESSER Fund, IDEA Part-B, Perkins Grant and Title I were approved.

Superintendent Michael Bute started his report with appreciation. Bute announced, “I want to recognize and thank our SRO Jim Snively, he’s provided an outstanding service so far this year and I truly appreciate working with him.”

Bute added, “I want to thank Mayor Kidston and the Village of Pioneer for the wonderful senior citizen luncheon on December 13.

”I truly appreciate that the school extended the opportunity to participate in that. I’d like to thank our FFA members who helped serve and the choir members who provided musical entertainment during the meal.”

No principal reports were given during the meeting due to the principals being dismissed to the game.

North Central Board of Education planned their organizational meeting for January 9, 2023, with the regular meeting to follow.

Current president Anthony Burnett was appointed as President Pro-Tem until a president is selected.

A resolution to establish qualifications for certain substitute teachers for the 2022-2023 and 2023-2024 school year.

The purchase of a 72-passenger BBCV 3303 Blue Bird Vision School Bus for $109,560.00 was approved by the board. One of the old busses will be taken out of route and set aside to allow for the new one.

As a part of the consent agenda, Alicia Frame was accepted as a Substitute Bus Driver pending all records, and the Disposal of Textbooks were approved.

With no need for a second executive session, the meeting was adjourned at 7:31 p.m.