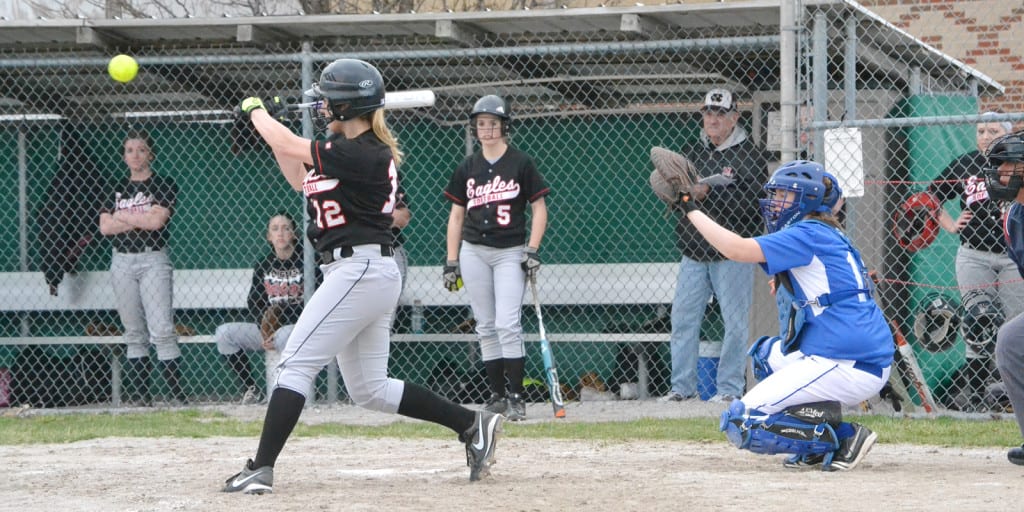 PIONEER – Buckeye Border Conference rivals North Central and Stryker met up at the Eagles Nest on Monday, April 15th. The fluorescent spheres used in the contest took a beating as the two teams combined for a total of 26 hits. Defensive miscues also played a major factor in the outcome as the Panthers committed six errors, and the Eagles three. After pulling out to a 9-0 lead after four innings, the hosts were able to withstand a furious six run fifth inning comeback effort by the Panthers to hang on for a 14-6 victory to improve to 1-1 in the conference.

Bralyn Wyrick toed the slab first to pick up the win for the Lady Eagles lasting 4 1/3 innings, allowing six runs, half a dozen hits, four K’s and two free passes to first. Reese Cogswell came in to put out the fire and finished the game surrendering no runs, three hits, whiffed on and walked two.

Conner Varner went the distance for the Panthers and was touched up for 14 runs on 17 hits, one strike out and two bases on balls.

Miranda Pegorch tripled and singled for Stryker, while Conner Sullivan doubled and singled. Hannah Doehrmann doubled, with Varner, Jordan Waidelich, and Katie Yoder all collecting a base hit for the Panthers who are 1-3 overall and 1-1 in the BBC.