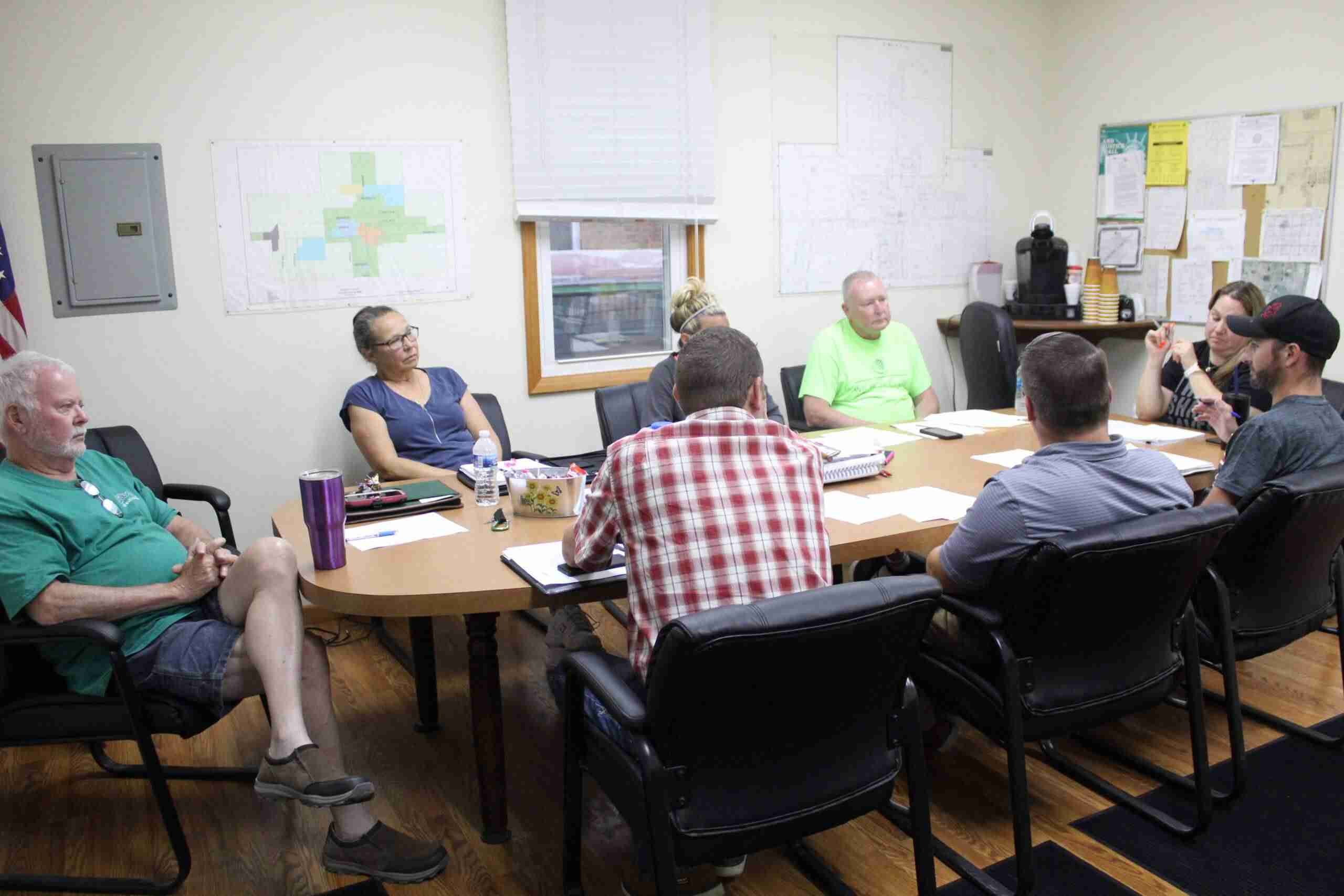 The Lyons Village Council held their meeting on July 7th. The meeting was called to order at 7:04pm with the Pledge of Allegiance following after.

With all council members present the council proceeded to approve the minutes from the previous meeting.

Motions were then made to approve the financial report and the bills with both being passed.

The council then moved on to discuss welcome packets that will be provided to new residents of the village.

Fiscal Officer Debbie Campbell showed the committee the bags that would be given to new residents as well as what was inside.

The bag showed the logo for Infinite Kinetics which is a local business in Lyons. Inside the bag will be coupons and information for some of the local businesses in Lyons.

A discussion then followed regarding construction for salt and brush bins. One quote was received by the Gleckler’s for a total of $15,047. The quote did not include the price for a roof or the excavating. A motion was made to give approval for the work to be done and was passed.

A motion was made for the village to accept a new online payment system for water billing. The new software will allow customers to pay their bills online as well as opt in for paperless billing. Customers will pay a small surcharge on top of their bill in order to use the feature.

The cost to the village for the software and website is $2700 and will be paid for with COVID funds. The motion was passed.

The council was then informed that COVID funds are not being distributed the same as they have been. There is now an application process that the village will have to go through. This process will be looked at within the next week.

A resurfacing project was completed last year for Sawmill Street. Since then, the road has begun to deteriorate with heat and heavy vehicle traffic playing a part. Crews that did the work on the street will be coming back out to reassess.

The Village of Lyons is looking to replace its water tower in town. The council discussed different areas in town that are for sale and could be suitable locations for the tower.

The council is trying to figure out a way to keep the old water tower working while the new one is built in order to prevent water being sent out primarily by pumps.

A motion was made to pass an Emergency Resolution for the renewal of the tax levy. This is not an added tax but the continuation of the tax that is already in place.

They do the projects for each community as a way to give back. The work being done will resurface the basketball courts and help to ready the area for a new pickleball court.

The Village will be updating the infrastructure maps to digital. Maps such as water and sewage will be updated at a cost of $1.50 per sheet up to a size of 24 inches by 36 inches.

A discussion was held regarding a fence being placed on a property in the village. The village was looking at the possibility or leasing the property for 5 years with it then being donated to the village after the 5-year term. The discussion was tabled for another time.

In the Mayors report, there were a few names put fourth for the housing council. There was also a discussion on the complaints received due to lighting on Sawmill Street and yards in town that need to be mowed.

The meeting was then adjourned at 8:03pm.