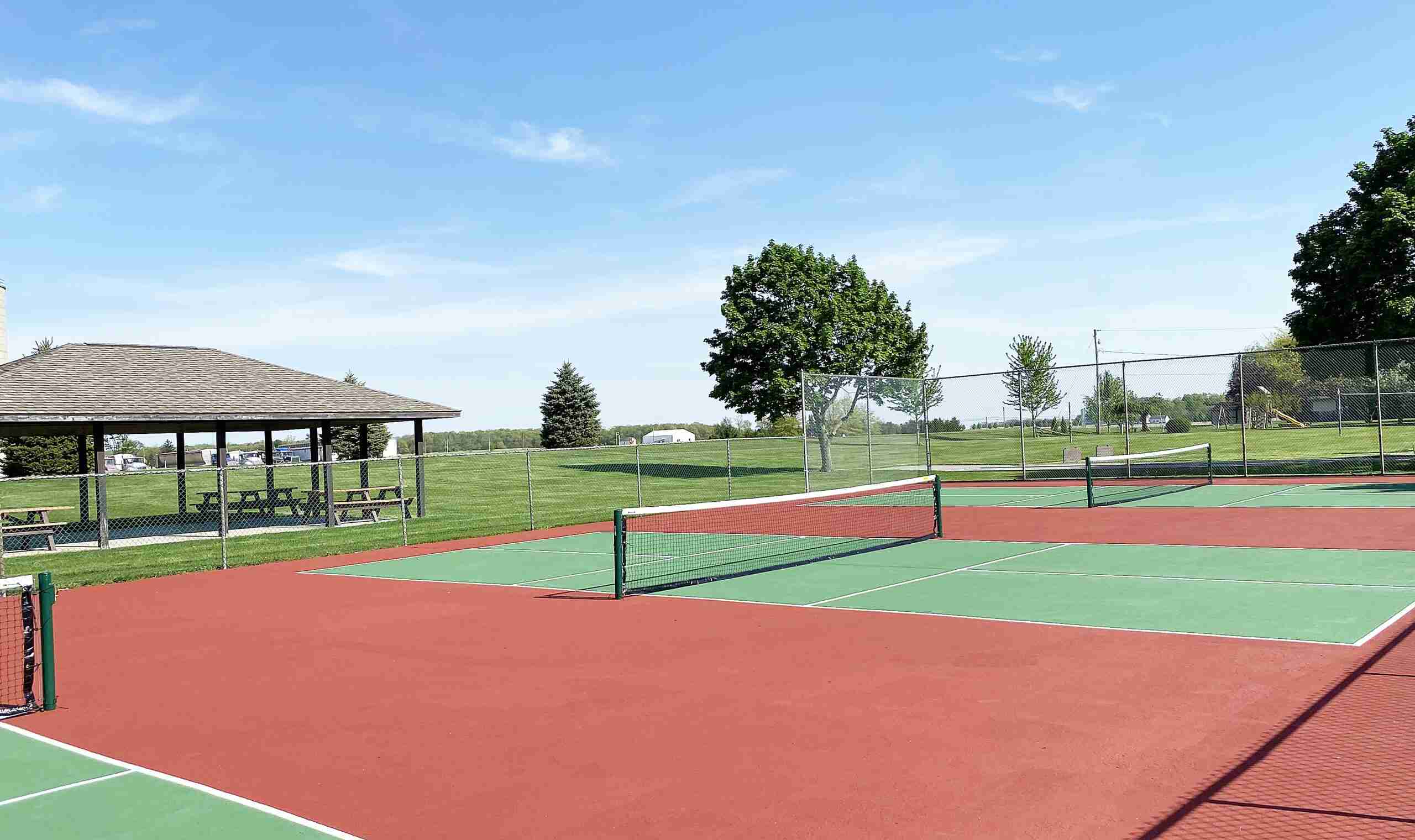 HARD WORK … Thanks to much hard work from community members and Del King, Pettisville Park now has ready to use Pickleball courts. Anyone who is interested in using the new courts are welcome. (PHOTO BY LINDSAY PHILLIPS, STAFF)

Up and coming game, Pickleball, has made its way to Pettisville in the town park. Pickleball is a cross between tennis, ping-pong and badminton, that is for all ages.

The courts are located on the old tennis court at the Pettisville Park, which is now for pickleball, and has three courts to play on.

Pettisville Park Board President, Nate Fox shared, “this was my third year on the park board, it has been a topic all three years, that we’ve been approached by community members wanting to do it, and this year we were in a situation to pull it off.”

Money from Friendship Days and other donations made it possible financially, and community member Del King made it possible by painting and putting everything into action. With generous people donating their time and money, the courts are now ready to play ball.

There are no teams or organized games planed, but with Friendship Days in the works for next year, Fox stated, “A Pickleball tournament is very possible.” The courts are open to whomever would like to use them.

Pettisville Park has always been financially supported by donations, the summer fundraiser, and pavilion rentals.

They are a non-profit organization, and because of which are always open to donations to help maintain a nice, and safe Pettisville Park.

Fox stated, “I think there are a lot of people going to take pride in this, I think it will be a good thing for Pettisville.”