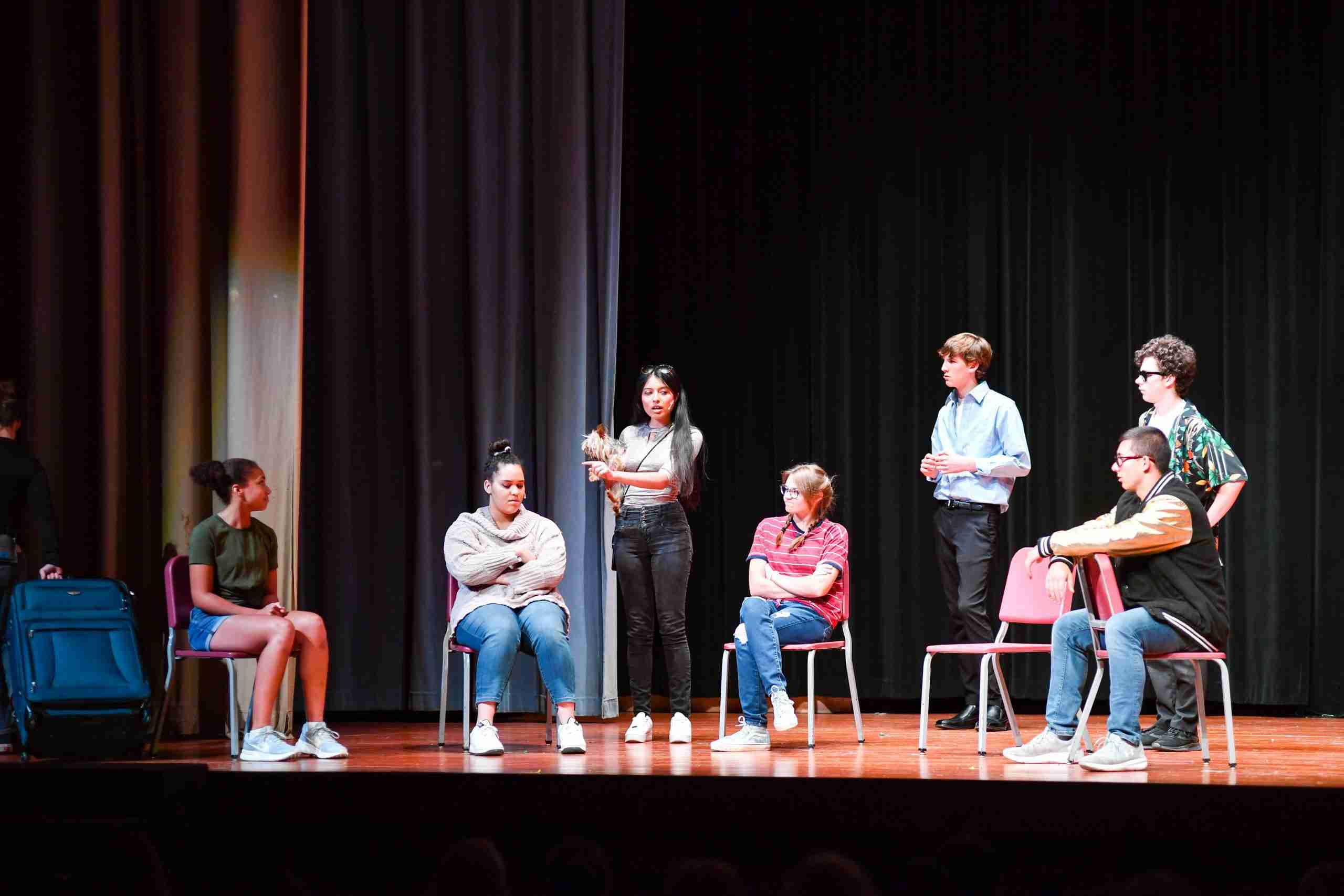 THE CRAVING … Students from the Wauseon High School perform a scene from ‘The Craving.’ (PHOTO BY JACOB KESSLER, STAFF)

The Wauseon High School Presented ‘The Craving’ to audiences on November 19th through the 21st.

‘The Craving’ is described as a horrific comedy in two acts and was written by Don Zolidis. Spoiler Alert, the story is about a screenwriter who has just written his first screenplay.

The story is a romantic one with twists and turns throughout the way between the girl he likes and her family.

The writer gives his screenplay to an agent who then is able to sell it to a movie studio but that is where things start to take a turn as the script is changed to a zombie movie.

In an effort to not give too much away, the story is wonderfully portrayed by the students at the Wauseon High School. Laughs filled the auditorium throughout the performance that was wonderfully done.

It was apparent that the students had put a lot of time and effort into the performance due to how well everything worked.

Through to intermission and all the way to the end, the story was entertaining and was able to keep your attention the whole way through.

By then end of the performance, the audience was very happy and gave their applause. The Fall play for Wauseon’s High School was definitely a success this year.