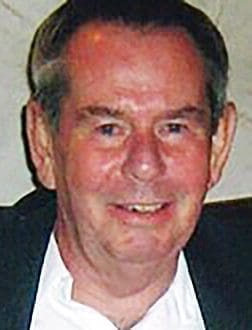 Richard E. Lirot, age 81, of Bryan, Ohio, passed away Sunday, December 4, 2022 at Fairlawn Haven in Archbold surrounded by his family.

He was a truck driver and member of the Teamsters Union for 45 years.

He has been working more recently with a cousin picking up and dropping off golf carts. Richard was a member of St. Patrick Catholic Church.

He enjoyed driving- anywhere and every where, and spending time with his family

He graduated from Ottawa High School. Richard married Ann Patton and she preceded him in death. He later married his current wife, Rose and she survives.

He was preceded in death by his parents; first wife, Ann and a son, Mark Lirot.

Visitation will be held on Sunday, December 11, 2022 from 1:00-3:00 P.M. at the Krill Funeral Home, 860 West Mulberry Street, Bryan. Funeral services will be held on Monday, December 12, 2022 at 11:00 A.M. at St. Patrick Catholic Church with Reverend Andrew Wellman officiating. Burial will follow at Brown Cemetery.

In lieu of flowers, those wishing to give a memorial donation may give to St. Patrick Catholic Church.

To send a flower arrangement or to plant trees in memory of Richard E. Lirot, please click here to visit our Sympathy Store.