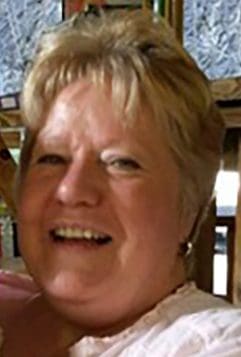 Mrs. Stark was a 1969 graduate of North Side High School in Fort Wayne, Indiana, and had been employed by CVS Pharmacy in Butler, Indiana, retiring with thirty years of service.

She was a member of St. Mary Catholic Church in Edgerton. She was an avid reader and enjoyed traveling and taking care of the grandkids.

Dorothy L. Stark was born on November 16, 1950, in Fort Wayne, Indiana, the daughter of Raleigh and Opal (Hatton) Landsaw.

She married Donald Sark on July 12, 1975, in Edgerton and he survives.

She was preceded in death by her parents; an infant son, Joshua Steven Stark; one brother, Tommy Collins; and one sister, Patsy Patterson.

Memorials are requested to Make-A-Wish Foundation.