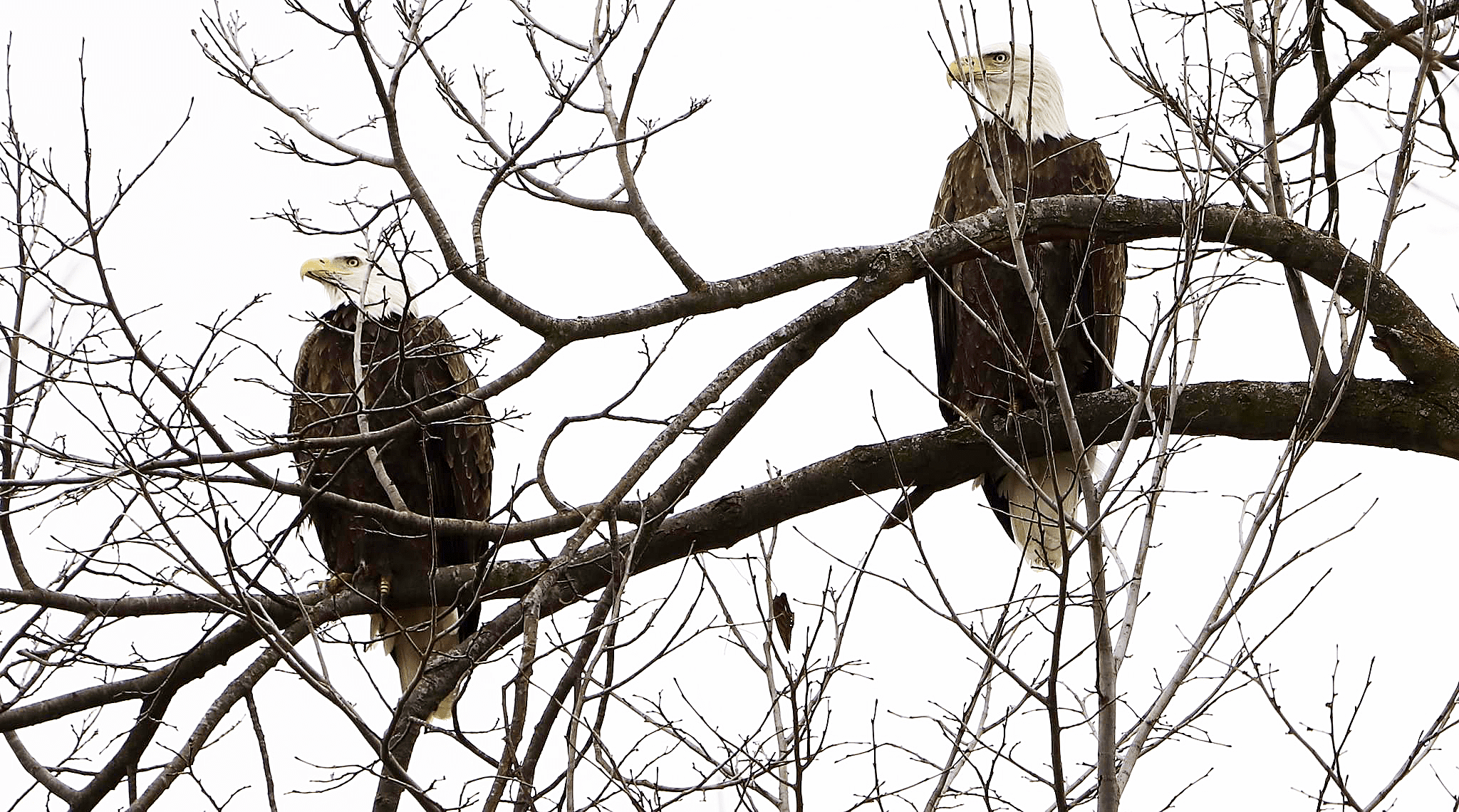 WHAT A POSE … James Rice shared these pictures on Facebook recently of two eagles that were seen at Harrison Lake State Park. (PHOTO BY JAMES RICE)

Nestled in the corner of Fulton County, Ohio, near the village of Fayette, is the delightful Harrison Lake State Park, back-to-back with 4-H Camp Palmer.

Filled with the beauty of landscapes and wildlife, it is a natural spot for photographers to catch some great shots.

On Monday, November 28, 2022, photographer James Rice received a phone call from someone to let him know they had seen some eagles at the park.

Rice quickly got in his car, drove to a quiet spot and carefully, so as not to spook the birds, made his way to the edge of the lake.

He raised his Canon 90D, zoomed it out to 300mm with his 70-300 mm lens, and waited patiently and quietly until the two full grown eagles turned their heads just the right way for a perfect picture.

“The one on the right in one of the pictures kept moving his head,” Rice said, “so I had to keep waiting for them to look in the same direction.”

His patience paid off at 1:03 in the afternoon, and these beautiful photos showed up on the Facebook Harrison Lake State Park page, not long after.

Finding such beauty is always more fun when it can be shared.

Rice said that besides using the zoom lens which allowed him to see it 20 times closer than with the naked eye, he also zoomed in a little with the computer editing that he has at his disposal, making for a really good close up of these two beautiful eagles.

He pointed out that as eagles do not get the full white head and tail until after they are five years old, these two were full grown adults.

In the interview, Rice clarified that there is not an eagles’ nest at Harrison Lake. These two were just there “for a rest and possibly some fishing.”

He spent those years mowing and doing maintenance and loves every inch of the land there.

For the past twenty years he has been very interested in photography and those years at Harrison Lake gave him many opportunities to shoot some great wildlife and landscape photos.

“I like taking landscapes, but birds and even some animals have caught my eye,” he said.

“I have taken foxes, beavers, kingfishers, and of course the herons and squirrels that live there, as well as mostly a lot of birds.”

“Many of them are habitual and after a while you know right where to get good pictures of them.”

“The Kingfishers have specific branches on which they like to land and I was observant so was able to get some good pictures of them, too.”

For those who do not have giftings with a camera, and even for those who do, what a great gift to all in Northwest Ohio to share these great pictures.