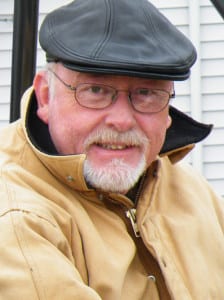 Robert E. Albright, age 60, of Wauseon, passed away on Saturday, May 16, 2015 at the Cleveland Clinic, following a brief illness. A retired Lieutenant with the Fulton County Sheriffs Office, he had served from 1973 until 2004. Currently he was the Chair of the Criminal Justice Department and the Peace Officer Training Academy at Owens Community College.

Robert was born in Toledo on April 17, 1955, the son of Jesse W. and Frances (Darling) Albright. On August 7, 1976 he married Polly Shisler, and she survives. He was a member of the Wauseon American Legion Post 265 and the Swanton Elks Lodge 2462. Robert loved tinkering with things at home and love making things with his hands. He also enjoyed camping and riding his Harley-Davidson motorcycle, but most of all he loved spending time with his family and grandchildren.

Visitation for Robert will be held from 2:00 P.M. until 8:00 P.M. on Thursday, May 21, 2015 at Crossroads Evangelical Church, where the funeral service will be held at 11:00 on Friday, with Pastor Tyler Quillet, officiating. Interment will follow in the Wauseon Union Cemetery.

The family requests that memorial contributions be given to the Mesothelioma Applied Research Foundation or the charity of the donor’s choice. Online condolences may be offered to the family at www.grisierfh.com. Edgar-Grisier Funeral Home in Wauseon has been entrusted with arrangements.