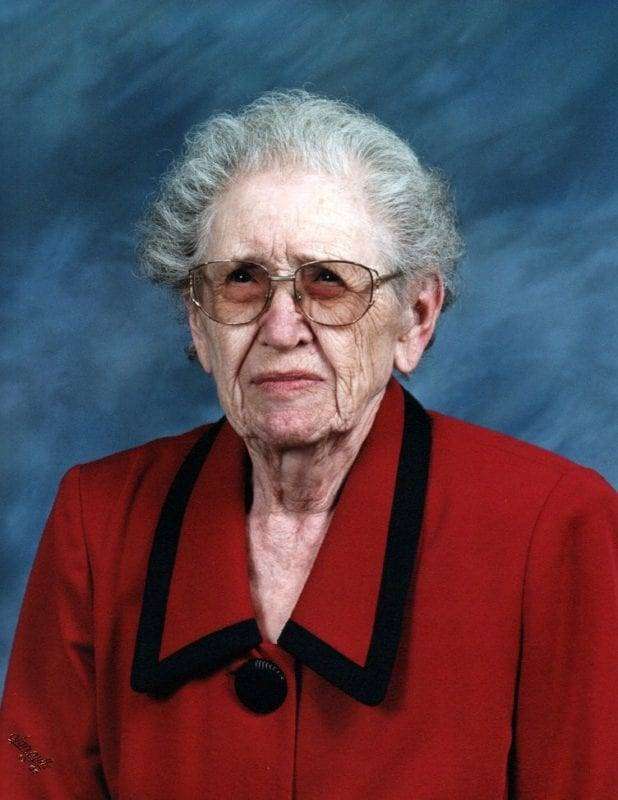 Rowena L. Moore, 93, of rural Bryan and formerly of Pioneer passed away early Saturday morning at Hillside Country Living in rural Bryan. She was born on February 22, 1922 near Kunkle, Ohio to Elgie E. and Alma Dorothy (Bly) Moore. Rowena graduated from Kunkle High School in 1942.

Rowena was preceded in death by her parents, three sisters, Blanche Bavin, Lucille Gigax, and Ruth Moore and a niece Ann Bavin.

Visitation for Rowena will be on Wednesday, April 22, from 12-2pm at the Thompson Funeral Home on Main Street in Montpelier. Services will be on Wednesday at 2pm at the funeral home with Pastor Tom Steensma to officiate. Interment will follow at Shiffler Cemetery in rural Bryan. Donations may be given to the West Unity Presbyterian Church.