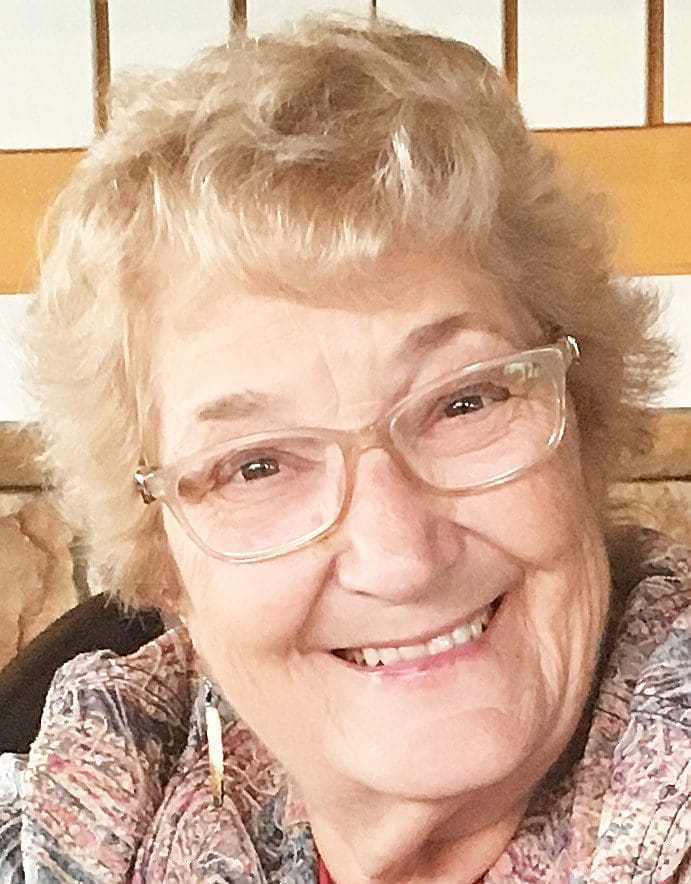 She was born on November 1, 1935 in Pioneer to Paul Edward Sr. and Edna Mae (Grimm) Throne. Shirley graduated from Montpelier High School in 1953.

She attended Angola United Methodist Church, where she was a member of the choir.

She traveled and sang with Sweet Adelines Music Choir, taught piano for over 10 years and played in the Stringalongs, a Dulcimer Group.

Shirley worked for 24 years at AT&T in West Unity and then Cleveland before retiring in 1990 as a marketing supervisor, she started out her career as a clerk.

She was a Den Mother for Cub Scouts for many years.  Was a former Hilltop Band Booster Member.

She loved travelling with her high school friends, was an avid reader and volunteered at the Angola Library.

She was preceded in death by her parents, husband William McCafferty and brother Paul Throne, Jr.

Visitation for Shirley will be on Wednesday, December 28th from 11am-1pm at the Thompson Funeral Home in Montpelier. Services will follow at 1pm at the funeral home with Pastor Kevin Doseck to officiate. She will be laid to rest at Floral Grove Cemetery in Pioneer.

Memorial contributions may be given to the charity of the Donor’s Choice.