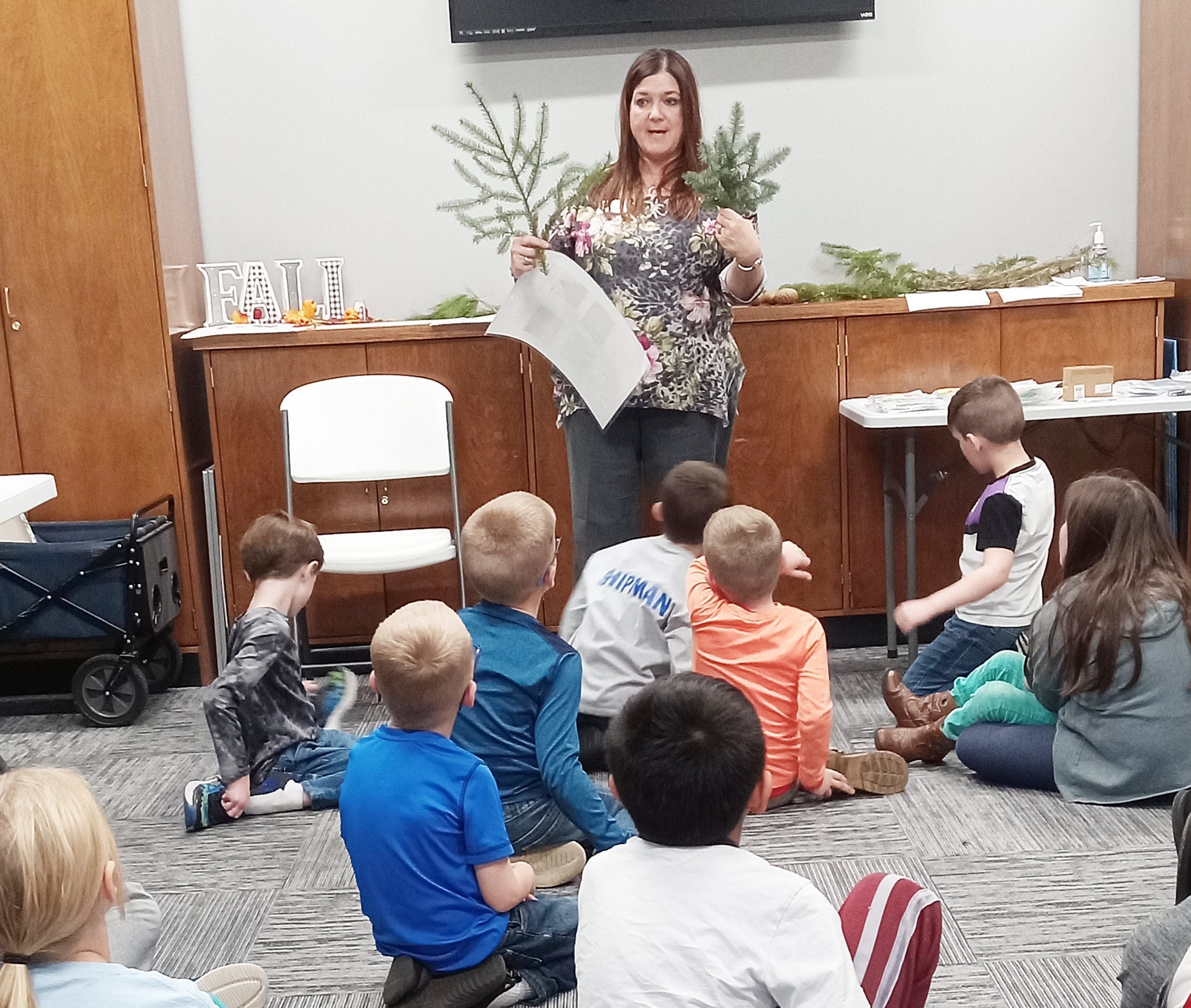 Well, 28 Stryker Elementary students found out about both facts on Tuesday afternoon, November 29, at 3:15 p.m., at the Stryker Library.

Ann Marie Michaels, from the Williams Soil and Water Conservation District, gave a presentation to the students.

First, she read to the children a fictional story about a family who started a Christmas tree farm.

Then she discussed the various kinds of Christmas trees and then passed around samples to the children.

Michaels stated that the origin of Christmas trees came from Germany, around 1850.

The selling or even picking out Christmas trees from grandma and grandpa’s back yard became so popular that the Christmas tree population deteriorated at an alarming rate.

The states with the most Christmas tree farms are Oregon, North Carolina, Michigan and Pennsylvania. Ohio also has quite a few tree farms, ranking 10th.

Michaels stated that in the early days, among the most popular Christmas trees were the Norway Blue Spruce.

The fir trees are soft to the touch, as the children found out.

“The spruce needles are square shaped and the needles on the fir tree are flat and friendly,” Michaels told the children as she passed around the two types of trees.

The session was concluded with each child getting the chance to make a Christmas tree ornament.

Each was given a bag that contained a tree with a string on top (for hanging the tree), plus small ornaments.

Each child then got to take home their tree ornament, with the chance to hang it on the family tree.