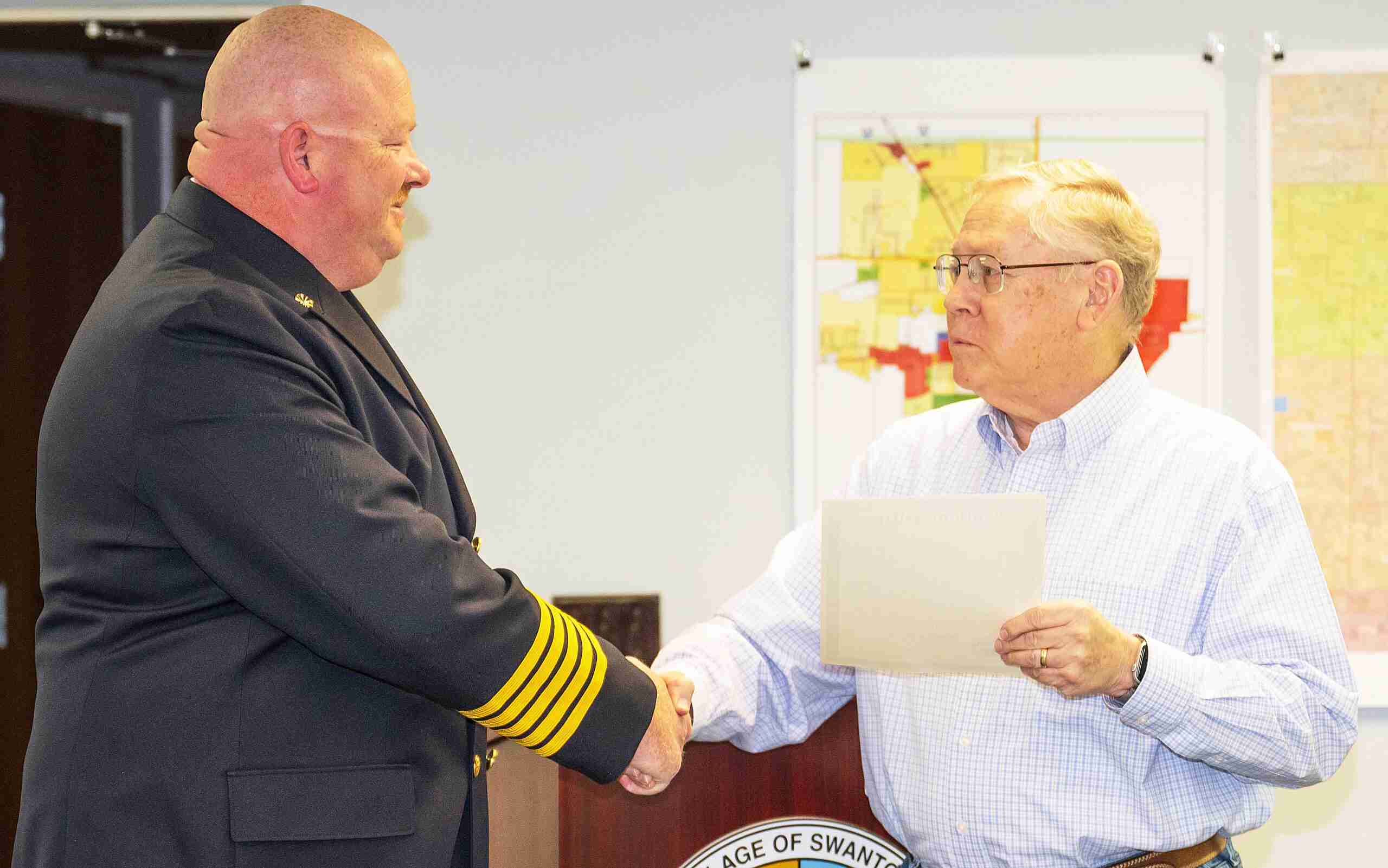 The Swanton Village Council held their meeting on Monday, May 23rd. The meeting was called to order at 6:59 p.m. with a live stream disclaimer being read first.

Council then moved to approve the agenda as presented as well as the minutes from the May 9th meeting.

Committee reports were then heard with discussion regarding the public service committee being heard first. First discussed were the playground changes and leaf collections.

A risk review has been ongoing with a result being that the spiral slide will need to be removed for safety. Work is also going to be done to get ready for the incoming playground equipment.

Older equipment that is still good will also be sold. It was then stated that prices are going up for leaf collection. More quotes are being looked at to see if the price is good, but the next contract price will see increases.

For public safety, a rate increase for police presence was discussed when it comes to local events. An automatic increase of $1 per year was also put forward.

Next, ODOT has done a survey for the traffic signals in some locations. They have found that some lights are not “warranted lights.”

The village does have an option to have a third party come in and give a cost estimate for what it would be to update them.

The swearing in ceremony then took place for the new Fire Chief. Ed Dziengelwski was read the oath of office by Mayor Toeppe who then repeated the words back.

During his time here, he has acted as the Lieutenant for three years and Captain for 2 1/2 years.

Council then moved on to old business with the following agenda items being approved. The Third Reading of an Ordinance to proceed with the assessments for leaf collection.

The Second Reading of an Ordinance to amend Chapter 33, other departments, Boards, and Commission of the codified ordinances.

In new business, the 2022-2023 property and casualty insurance renewal review was discussed and approved. An Emergency Ordinance for the purpose of amending Ordinance 2022-10, permanent appropriations ordinance, was also approved by council.

The mayors report then followed with it being stated that he has been discussing legal issues with the village solicitor. Mayor Toeppe also discussed the open Village Administrators position.

It was stated that 20 applications have been received for the position but that none really meet qualifications needed for the job.

Lastly, the mayor spoke about a donation that had been received for the Fire Department and Rescue Squad.

The Administrator’s report was then given with it being stated that this will be the last one given by Administrator Hoelzle. Information in the report is as follows.

A Munson Road survey was sent out to some residents with ten being received back so far. A critical infrastructure grant opportunity has been identified and some work may be done to try and obtain it.

142 loads came through for the village’s bulk pickup. The planning commission’s next meeting is a go.

Mrs. Hoelzle also spoke about the numerous projects that have been getting worked on within the village. Curtesy letters were sent out to those residents within the village who will be having their address changed.

As the last day for Mrs. Hoelzle is approaching as Village Administrator, she stated that she is trying to work and get as much done as she can in order to leave her to do list in a good spot.

She also stated that she has loved the past 6 1/2 years working for the village. “Thank you to everyone here for your willingness to serve. To the staff, the division heads, I am proud of the work they will continue to do, and I hope that progress continues.”

A personnel report was then given before council moved to pass a motion to approve the stipend for the Fire and Rescue Division.