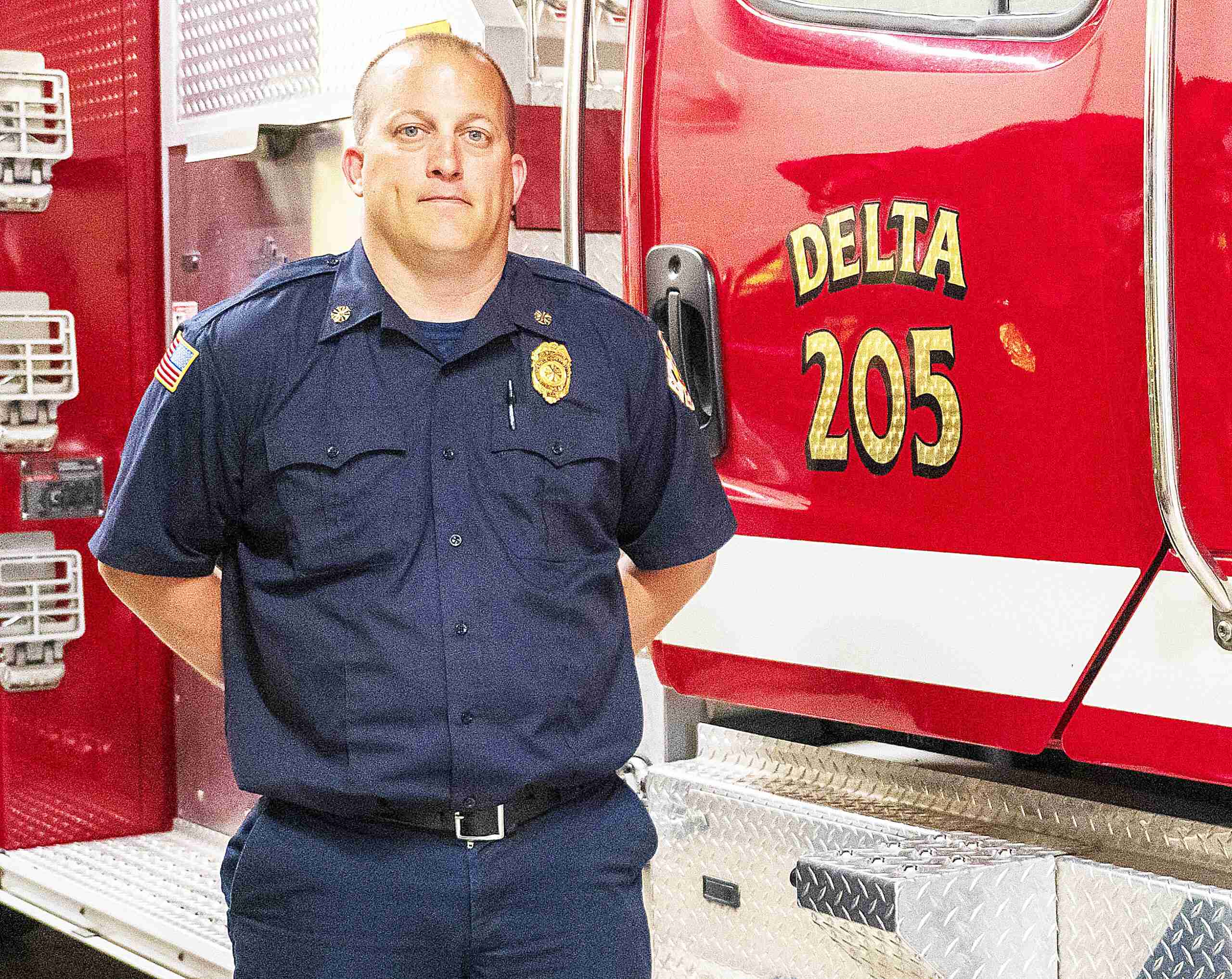 The Delta Fire Department has a new Fire Chief. As of Wednesday night, during the York Township meeting, it was decided to approve Interim Chief Jeremy Gillen to the position of Chief effective on June 1st. Chief Gillen has been serving as Interim Chief at the department since January.

Chief Gillen started his career at the Delta Fire Department in 2001 after turning 19. He has moved up the ranks and has been spending time this past 10 years as the department’s Assistant Chief.

While he may have started his career here at a young age, his exposure to the service started at a much younger age.

“My wife and I are both from Delta. We graduated from here and I have lived here my whole life. We have been raising our five kids here.”

“As a kid, I remember my dad who was on the department for over thirty years. We actually used to come here when he went on calls. We would sit here and wait for him to come back.”

“Now, me and my brother are both in the fire service. I have been doing it ever since I got out of high school,” said Chief Gillen.

Chief Gillen also explained how excited he is to be doing the job. “Doing the job in the interim has been tough but I have wanted to keep looking forward in order to move the place in the right direction.”

“I have been here awhile and if I didn’t have the desire to keep doing this, I wouldn’t have stuck around. I love it, and I look forward to working with the personnel here to create a positive atmosphere where people want to work.”

“This is their department and their community, so I want to keep them involved. I want to keep working with all of the entities we cover and make plans for changes that may need to be done in the future,” said Chief Gillen.

Chief Gillen has worked hard to get to where he is including going through numerous fire certifications and becoming a Paramedic.

He has also worked to obtain an associate degree in fire science and a bachelor’s degree in occupational health and safety.

Chief Gillen will serve at a department that covers a large area of Fulton County. Over 102 square miles are covered by the Delta Fire Department. That area includes the Village of Delta as well as York, Fulton, Swancreek and Pike Townships.

The department is staffed from 7:00 a.m. to 7:00 p.m. with 2 Firefighter/EMT’s in addition to the EMS station which is staffed 24/7. “We truly have a good mix of personnel from all walks of life.

“It’s amazing that each of them are able to come back when they are needed given their full-time jobs. I cannot state enough how appreciated they are,” said Chief Gillen.