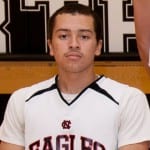 The Eagles are in the early stages of a major rebuild, but if you have to rebuild, then Jalen is the guy you want in the middle of the rebuild. It’s easier to ask what he can’t do rather than what he can, because the answer would be selling popcorn at halftime. There are few guards out there that can match his skill set and his production, and then turn around and play defense at his level.