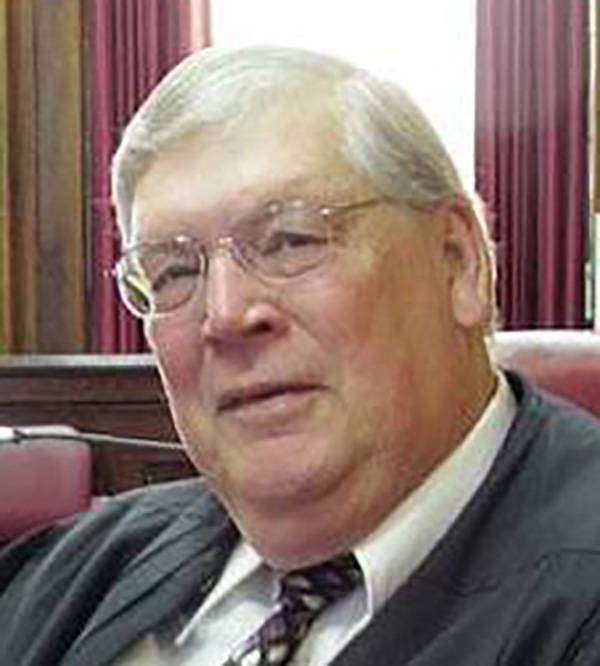 The Honorable James E. Barber, age 74, of Wauseon, passed away unexpectedly on Tuesday, November 24, 2020. He had served as Fulton County Common Pleas Court judge for 30 years, having retired in 2016.

Jim was born in Wauseon, Ohio, on May 16, 1946, the son of the late John and the late, Elaine (Frase) Barber. On August 31, 1968, he married Sandra K. Mealer, and she survives. He was a U.S. Army Veteran. He was a longtime member of American Legion Post 265 in Wauseon, where he acted as the Americanism chairman.

Each year he oversaw the Legion’s Americanism and Government test and essay competition among local students. He also organized Wauseon’s annual Memorial Day Ceremony, attended by veterans and citizens. He was an active member of Christ United Methodist Church where he taught Sunday School and sang in the choir. He was an Eagle Scout and a proud supporter of the Boy Scouts of America. He was also a member of the Fulton County Veterans Commission.

James received his Bachelor’s Degree from Northwestern University and loved watching the Wildcats play each Saturday. He received his law degree from the University of Toledo. A 33rd Degree Mason, he was an active for 47 years with the Wauseon F & AM Lodge 349. Jim was an eternal student, perpetually reading history books and biographies. Anyone who knew him, knew him to be an avid card player and playing games with friends and family was one of his favorite past times.

Quote from Jim: “I address each person as a person I respect, as a child of God.” He always wanted to treat each person with dignity.

Public graveside funeral services will be held at 2:00 P.M. Saturday, November 28, 2020, at the Wauseon Union Cemetery, with Pastor Mark Vincent, officiating. Military Rites will be accorded by members of the Fulton County Honor Guard. A memorial service will take place later, in the spring.

The family requests that memorial contributions be given to the Gideon’s International or Christ United Methodist Church. Online condolences may be offered to the family at www.grisierfh.com. Edgar-Grisier Funeral Home in Wauseon has been honored to serve the family.