The Williams County Relay For Life: A City Unto Itself That Never Sleeps 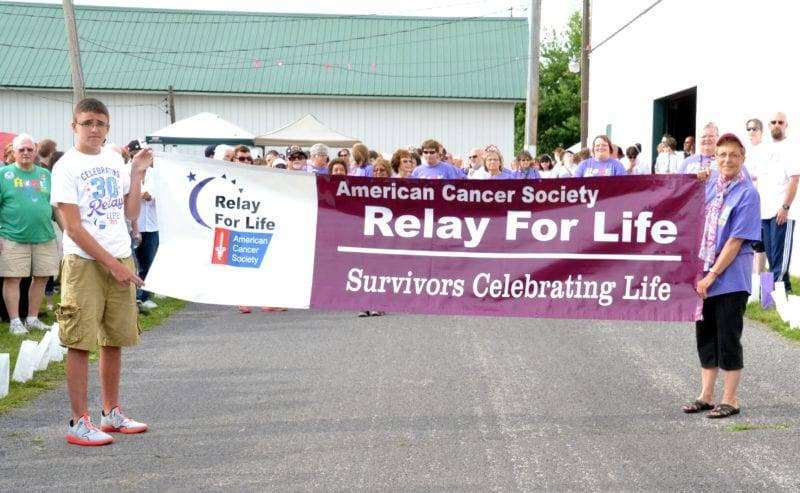 An old Huey Lewis lyric describes New York City with the words, “Where else can you do half a million things…all at a quarter to three.” If you are the type that doesn’t need six figures worth of options, then I have your answer…Montpelier, Ohio.

Don’t bother adjusting your dial. You heard me right the first time…Montpelier, Ohio.

Okay, I can tell that more than a few of you are currently questioning my sanity, and in all honesty, you would not be the first. I have proof to back my claim though, and those who were in attendance at the American Cancer Society Williams County Relay for Life on June 19 and 20 are my witnesses. For eighteen hours over these two days, the midway of the Williams County Fairgrounds became a microcosmic Manhattan…a city that never sleeps. Who rests when they are engaged in a war, anyhow?

The war I am talking about is the war against cancer, and the participants in the Williams County Relay for Life were all volunteers in the fundraising front line of a battle where the bugle only sounds the charge, and never a retreat. They dedicated their time and efforts to raise funds for the ongoing research to eradicate the planet of one of the greatest scourges of mankind…cancer. Some of the participants were survivors, and some were caretakers. Some were the family and friends of those who have had to battle the beast.

Thanks to new treatments, many more are surviving, but sadly, many of these friends and family members on the Relay track were doing so in the solemn memory of a loved one who fell in the course of the battle. The Luminaria Ceremony was the sole point of silence and solemnity in an evening of perpetually buzzing activities. As the lights were dimmed and the luminaria were lit, each with the name of a survivor or a loved one lost, a projector illuminated the western wall of the grandstand with the images of those being honored as survivors…as well as those whose memory was rekindled with the lighting of the candles in the luminaria. Progress in the war against cancer has indeed been made, but the cost of cancer in lives lost has also continued to grow.

The Relay for Life has a powerful penchant for putting the family fun into fundraising, and is done so well that at times, one forgets that the purpose of the event is to raise money. How can anyone think fundraising when they look behind them to see a ‘lady’ in horribly misapplied makeup and a dress that fails to cover a hairy chest, walking up behind them whilst tottering in their high heel shoes. The dolled-up dudes of the Miss Relay Contest were once again back in action, opening their purses for donations, and proving unequivocally that real men set aside their pride to take on cancer. As the midnight hour rolled along, they were still decked out in pumps and padded brasseries…and the events of the evening still had twelve hours to roll.

The willful insomnia continued through the night, with laps around the track becoming Hoopla Laps at 2:00. The Hoopla Laps began to draw down as the eastern skies began to lighten, and the birds began to awake to the sight of relayers still doing what they were doing when they pulled the shades in their nests the night before.

The American Cancer Society Williams County Relay for Life did indeed turn humble little Montpelier, Ohio into a city that never slept over an 18-hour stretch. A little insomnia, and a lot of fun…it all added up to a big contribution to the war on cancer.