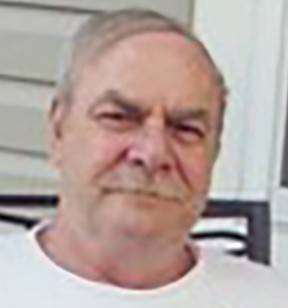 Ted was a 1967 graduate of Bryan High School, attended Tri-State University, and later received his Associate Degree in Mechanical Engineering from Northwest State Community College. He was last employed by KAMCO Industries as an engineer prior to his retirement.

He served in the United States Marine Corps during the Vietnam Era and was a Life Member of both the VFW and AMVETS. Ted was an active and devoted member of Bryan VFW Post #2489, where he served in all capacities, including being post commander multiple times.

He was also a member of Bryan AMVETS Post #54, the Military Order of the Cooties, of which he was past District #1 Commander, and the Society of Mechanical Engineers and a former member of Bryan Masonic Lodge #215.

He also attended Wesley United Methodist Church in Bryan. He enjoyed spending time with friends and family, sitting on his porch, and his beloved pets.

Surviving in addition to his wife are one daughter, Kerry Lynne Kirkpatrick, and one son, Theodore M. Kirkpatrick III, both of Australia; five grandchildren; two great-grandchildren; three stepchildren, Charles P. (Loretta) Miller, of Georgia, and Robert (Janelle) Miller and David (Amber) Miller, both of Texas; three sisters, Linda S. Roose, Jane A. (James) Dennison, and Barbara J. (Dave) Kendall, all of Bryan; one brother, Thomas Kirkpatrick, of Charlotte, North Carolina; and numerous nieces and nephews. He was preceded in death by his parents.

Due to the COVID-19 restrictions, services will be private with interment in Goll Woods Cemetery. Graveside military rites will be conducted by Bryan VFW/Legion Joint Honor Guard and the United States Marine Corps Honor Guard. A memorial service celebrating the life of Theodore M. Kirkpatrick, Jr., will be held at a later date.