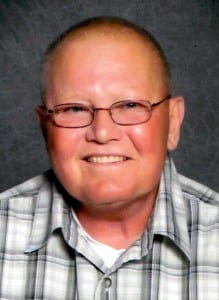 After school Tom went to serve his country in the U.S. Navy as a Bosonsmate.

Tom was a welder and general laborer for numerous contractors in Northwest Ohio.

Tom was a member of St. John’s Lutheran Church in Montpelier, the Montpelier Moose Lodge #312, American Legion and V.F.W both of Montpelier, Williams County Conservation Club and the Local #500 Laborers Union of Toledo.

Visitation hours for Tom were on Sunday, September 9th at the Thompson Funeral Home in Montpelier.  Services were on Monday at St. John’s Lutheran Church in Montpelier with Pastor Paul Gruetter officiating.  Memorials may be made to the Defiance Area Inpatient Hospice Center.  Condolences may be sent online to thethompsonfuneralhome.com