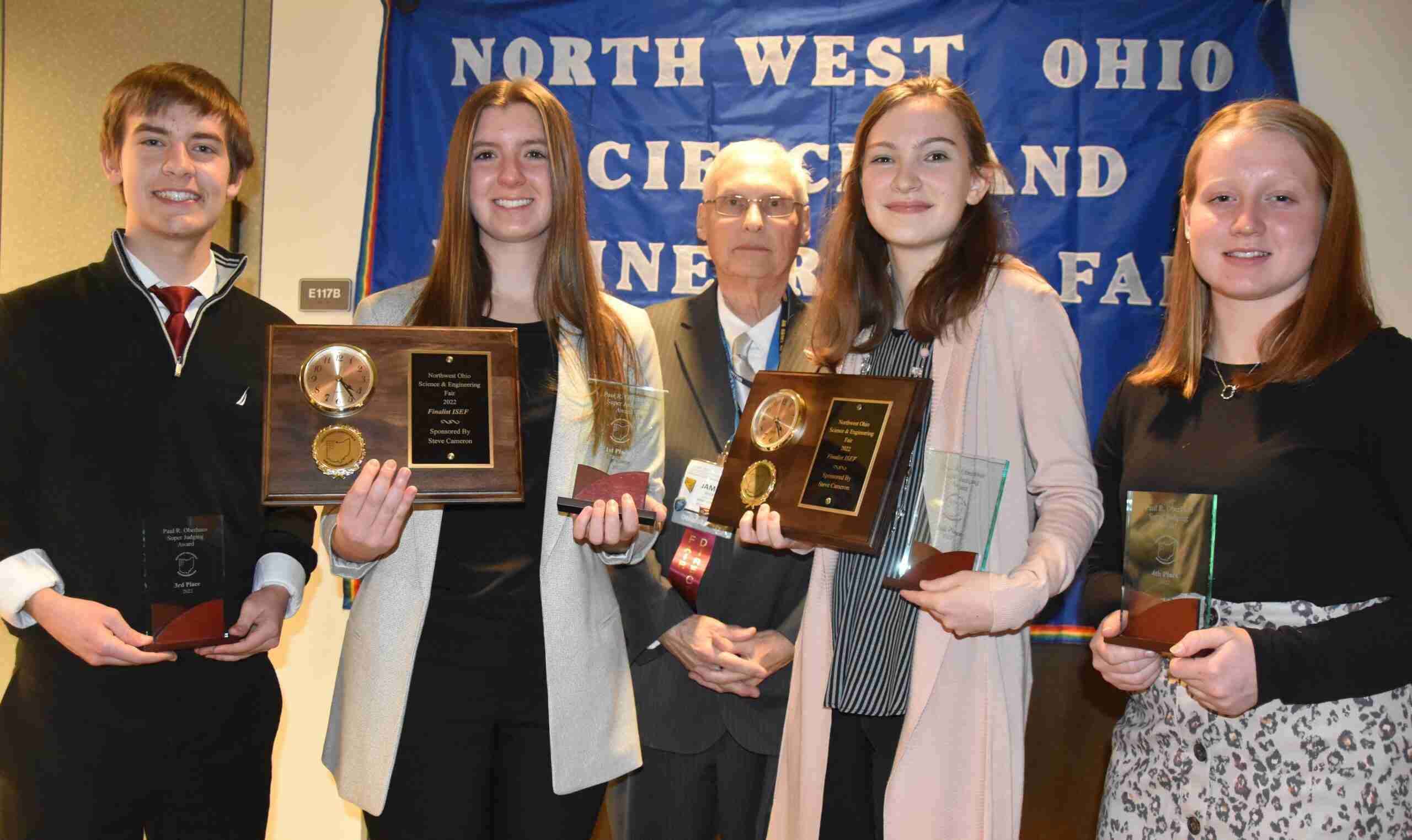 High school science projects that studied light pollution and the effects on blue-green algae growth and the use of skin moisturizers and antibiotic ointments to control bacteria earned the top awards at the Northwest Ohio Science and Engineering Fair held Saturday, February 26th, 2022 at Northwest State Community College.

Archbold senior Carsyn Hagans and Pettisville junior Kelly Wyse will join more than 2,000 teenage scientists from across the United States and around the world at this year’s International Science and Engineering Fair in Atlanta, Georgia, in May.

Their projects were judged the best from the six county region, which includes Defiance, Fulton, Henry, Paulding, Putnam and Williams counties.

Carsyn’s project studied “The effect of ALAN on anabaena and microcystis growth.” Her project earned a superior rating with a perfect score in the overall judging and first place in the high school division of environmental management.

She also received the National Geographic What’s Happening Award as well as the NOAA Award.

This will be the second time that Carsyn has competed at the International Science and Engineering Fair.

Kelly’s project studied “Skin moisturizers and antibiotic ointments on the inhibition of bacteria.” She also received a superior rating with a perfect score in the overall judging and tied for first place in the high school division of medicine.

They each received a superior rating with a perfect score and have the opportunity to represent the Northwest Ohio Science and Engineering Fair at the GENIUS Olympiad, which is sponsored by the Rochester (New York) Institute of Technology and the State University of New York Terra Science and Education.

Kacy and Andrew both won the Chemical Allied Industries of Northwest Ohio Award, and Kacy tied for first place in the high school division of medicine. She also won the Fern Kieffer Presentation Award and received the first place US Navy/Marines Award.

Nearly 60 science projects were entered in the 2022 Northwest Ohio Science and Engineering Fair in either the junior high (grades 5 through 8) or high school division.

All of the students had previously entered their local science fair before advancing to the regional fair.