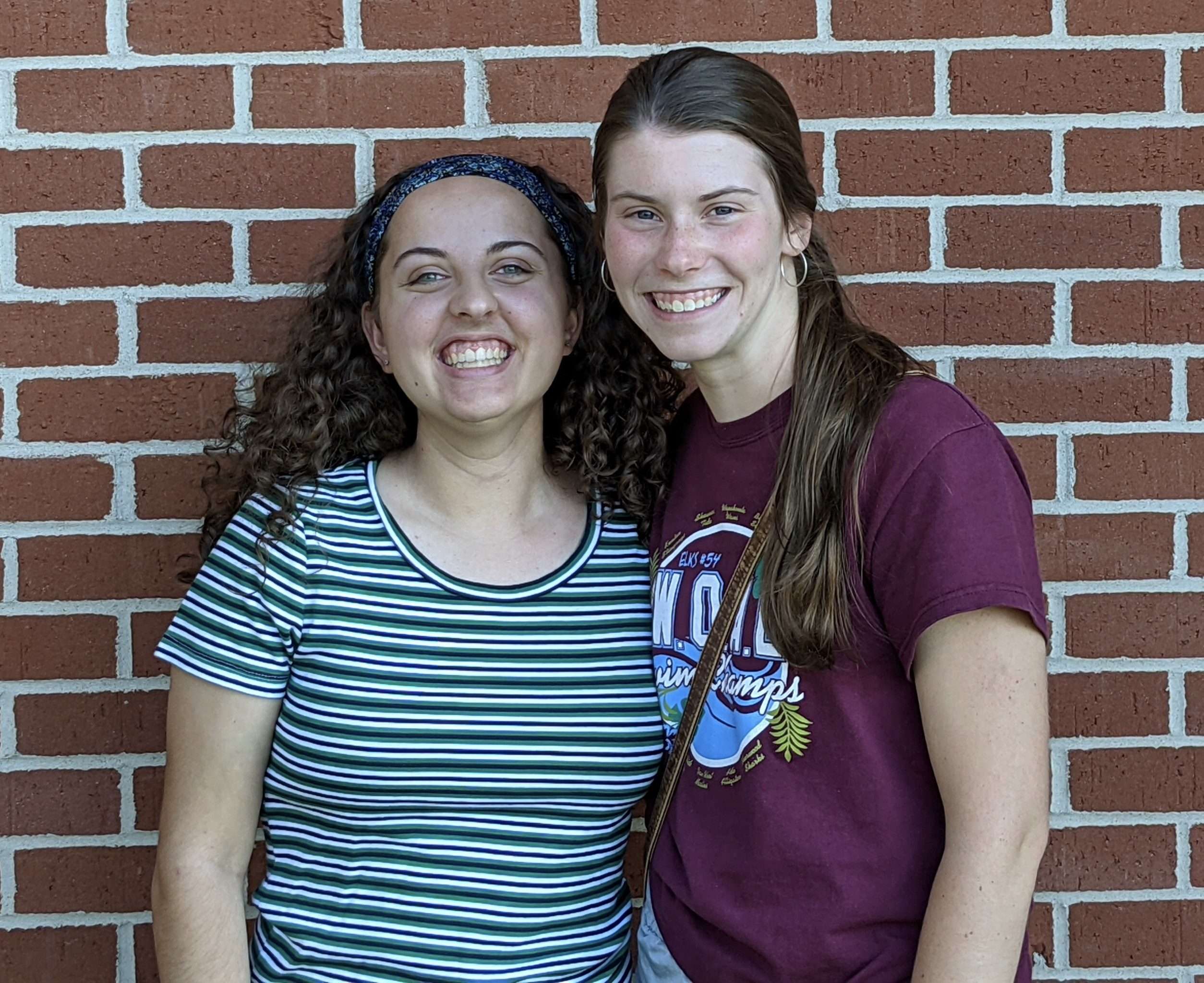 ITS A SMALL WORLD … These two young ladies, Morgan Rupp on the left, and Rosemary Carman, were all smiles as they rejoiced with their parents who had an unexpected reunion.  They were ready for their freshman year at Cedarville University, and after hugs all around due to seeing each other for the first time in 19 years, they all went on to finish registration. (PHOTO PROVIDED)

Stryker residents Melissa and Doug Rupp were taking their daughter to college for her Freshman year in August of 2021. Morgan Rupp has chosen to attend Cedarville University, located in southwest Ohio, so they were there to get that first day with all the registration activity under their belts.

Melissa says they were in the student center, after adjusting some of Morgan’s classes. There was a long line of people and a lot of activity going on but as they were walking away to head to whatever was next, Melissa heard this voice that sounded familiar.

She turned around to see who it was and there was a family with a girl Morgan’s age. Melissa had seen pictures of this girl every Christmas, so she knew immediately it was Rosemary Carman, someone she had not seen in person since the two girls were born.

“I realized who it was and that the lady standing near her was her mom, so I said, ‘Angela?’” Angela was as surprised to see her. “We just hugged and hugged,” Melissa recalled.

It was an amazing reunion, one that she feels with the hundreds of people there, God must have orchestrated. The story behind this delightful reunion involves some pretty rough days for two families in 2002.

All those years ago, Morgan and Rosemary were both born in Toledo and ended up needing to stay in the hospitals for quite a while. Their mothers, Melissa and Angela, ended up staying in the same Ronald McDonald House and became friends.

They provided fellowship and support for each other during those long months. They have stayed connected all these years with Christmas Cards and now are back in touch and are texting and planning how to meet up when they go to Cedarville to see their daughters.

As nothing is done in a vacuum or all alone, Melissa shared how her whole family went through that time. Her husband Doug and their 7 ½ year old daughter Michaela drove up to see mom and baby sister at least two or three times a week.

Michaela who is now 26 years old and married to Hunter Clingaman wasn’t allowed to see her little sister after the first month, due to protocols.

Doug held down the fort at home, keeping Michaela in school and doing the farming.Melissa went back to work after two months and that involved a ton of driving as she spent some nights at home and some at the RM House.

Angela and her husband Ben were the same way, with lots of traveling form Lima,  Ohio involved.  Rosemary was their first child and Melissa remembers Angela pretty much stayed at the RM House for two months.  During that time, the shared experiences and how they had been put together, promoted a good friendship. This reunion has been wonderful for them.

“The girls don’t know each other as they were babies,” Melissa added, “but they are happy for their moms to be reunited.”

The husbands, Doug and Ben, shook hands and it was an emotional time for all those involved, who were adults in 2002.

Melissa laughed when asked for pictures of the two moms in 2002 and now. “This has always been about the girls! We never even thought to get pictures of us!

They did however get a picture of the two girls on the day their moms found each other again.

Despite the fact that Morgan and Rosemary were preemies, they have both grown into healthy young women, ready to face the world, starting with Cedarville University.