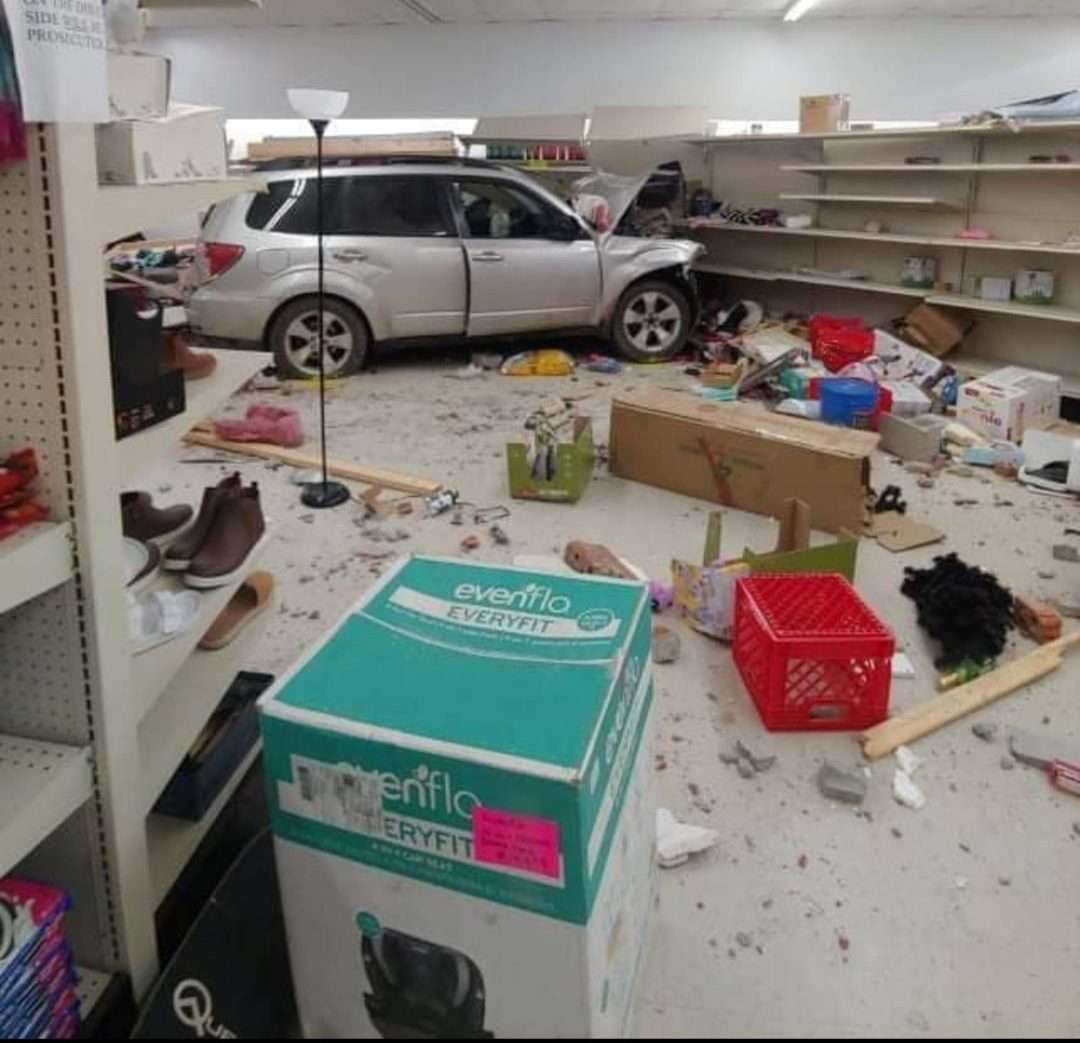 VEHICLE CRASH … A vehicle crashed through the store front of Miller’s Main Market in Montpelier Ohio. The driver was transported to the hospital with no other injuries reported. (PHOTOS PROVIDED)

A vehicle crashed through the store front of Miller’s Main Market in Montpelier early in the morning on Friday, December 10th. According to the Montpelier Police Department, they were called out to respond to an injury crash at the store.

Upon arrival, the vehicle was seen inside the building. Jacob Brown, aged 25 from Pioneer, was the driver and had been going South bound on County Road 1250. He had failed to stop at a stop sign and proceeded to go through both lanes of traffic.

He then went over the curb and proceeded to crash into the store front. No other vehicles or persons were struck or hurt in the incident.

Mr. Brown was transported to the Montpelier Emergency Room to be treated for his injuries.

At the same time, the Montpelier Police Department also responded to a single vehicle roll over crash on State Route 15 just outside of Holiday City. Both crashes are being considered fog related. 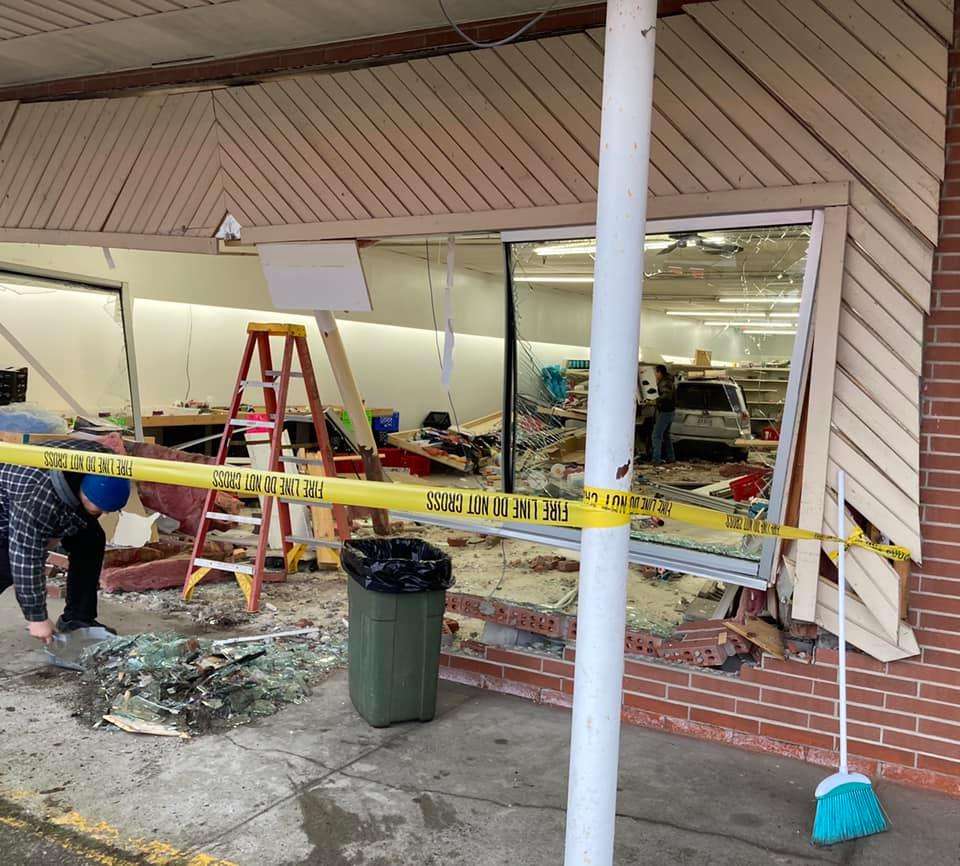 STORE FRONT … An outside view of the vehicle that crashed through the store front of Miller’s Main Market.