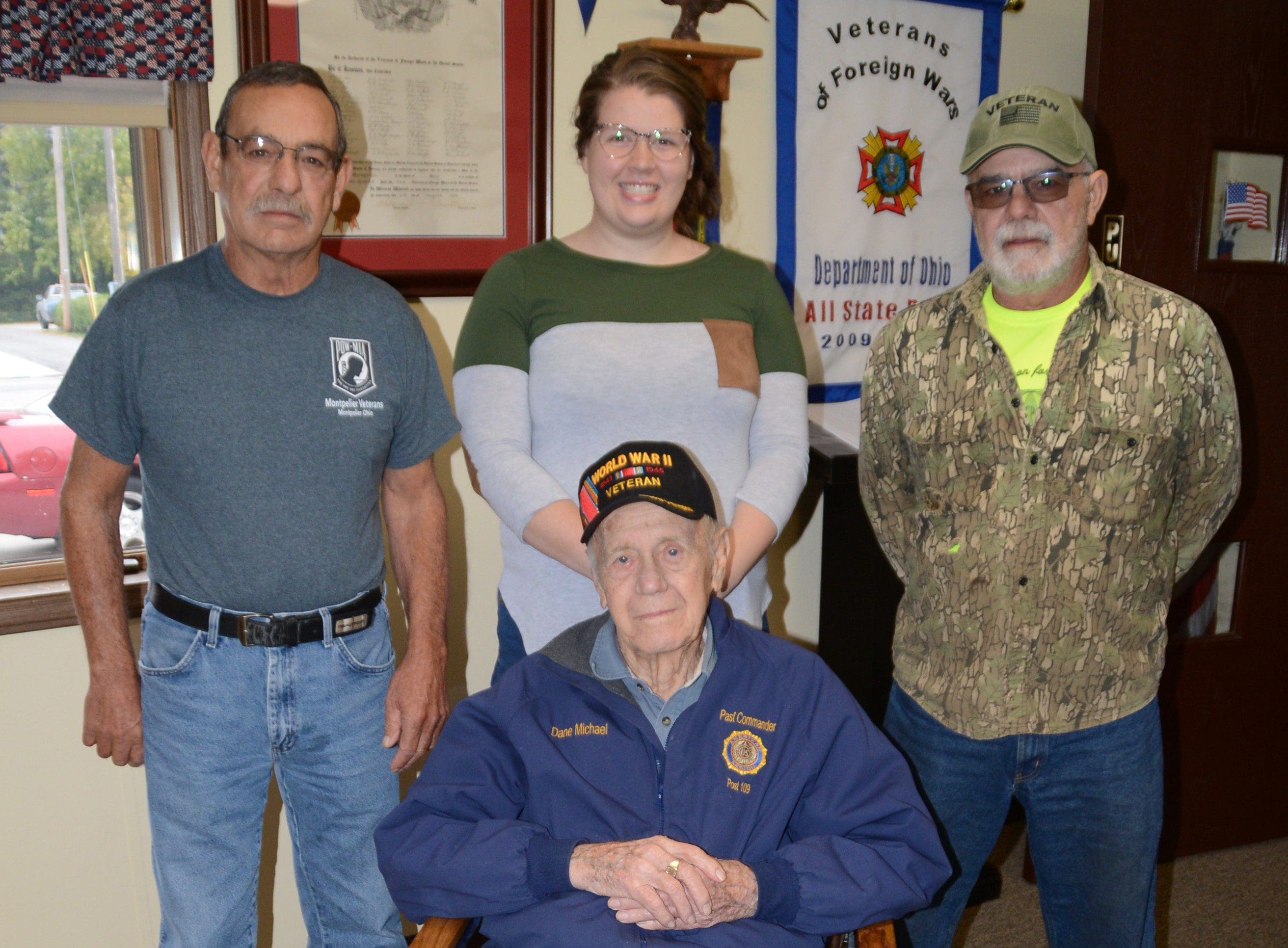 Some of our greatest treasures are hiding in plain sight, unhidden, unobscured, but unrecognized. Jenna Frisby, the owner of Jenna Frisby Photography in Montpelier, discovered that truth for herself back in July when she decided to do an investigative photographic project with three members of an often overlooked section of society…American military veterans.

“I started my business the end of last year with photography,” Jenna said. “I started doing it because I just love doing it. As a kid, my parents couldn’t afford pictures. It’s kind of like all the rage right now: people go out and take family pictures. My parents couldn’t afford that, so I wanted to do something that I loved, and have prices that people could afford. So in doing all that, God really moved on my heart to give a session away to veterans.”

Finding those veterans was a small challenge though, as Jenna is not a native of Northwest Ohio. “I’m not originally from Montpelier.” she said. “I’m originally from Kendallville, Indiana. I married my husband and moved over here back in 2016. I wanted to know more about our community here.”

“The police have always been so nice, and the people and the little shops we have up here…I really like it here. So I got in contact with the (Williams County) Veterans in Bryan. I told them what I wanted to do, and asked if they could put me in contact with any veteran that they chose; I wanted to do a free session for them.”

“I ended up meeting with Denny (Keesbury), Jerry (Keesbury), and Dane Michael. I just told them that I wanted to post something on my Facebook page about them, and wanted to get the community to know what all they do for us, because I didn’t really know. So I met with them, and I thought it was going to be like a quick half hour. We spent like three hours over there at the Montpelier Legion. I learned a lot; they have a lot of cool things in their building.”

“I took pictures of a lot of stuff, and I ended up finding out that they do a lot. One of them (Dane Michael) was a 92-year-old World War II vet. I just wanted to know their story. They went on to tell me that they donate a majority of the funds for free lunches in the summer, which I think is awesome. My kids love it.”

“They go up there and talk with the other kids. It’s right there at the Park. My oldest actually volunteered there and gave out the free lunches. That’s all possible because of our veterans. It touched my heart. I didn’t even know that they were part of it.”

The more time she spent with her three guides, the more she learned about the roles that the veterans play in the community. “They also provide coffee, donuts and a free breakfast for any veteran; the veteran doesn’t have to be a part of the post,” she said.”

“They are welcome to come up there and eat if they want, and converse and talk about whatever they want. They also march in the Montpelier parades. They do a chili dinner every Veterans Day out at the fairgrounds. They go to the nursing homes twice a year and honor all the veterans there.”

“They want younger men that are coming out of the service, dealing with stuff, whether it be PTSD or not knowing where to go next, to know that they’re welcome there. They’re welcome to march in the parades, to help the community, whatever they need, whatever those men want to do to help. It really touched me. They love the community, and it just made me want to do so much more for our community too.”

To any fire fighter, police officer, veteran, or anybody that gives service to the community or to the nation, Jenna will always give them a 15% discount. “I feel very thankful to be in this community,” Jenna said. “It’s good to know that it’s a close knit community and if you ever need someone and you call them, nine times out of ten, they’re going to be there. I’m really appreciative of that.”