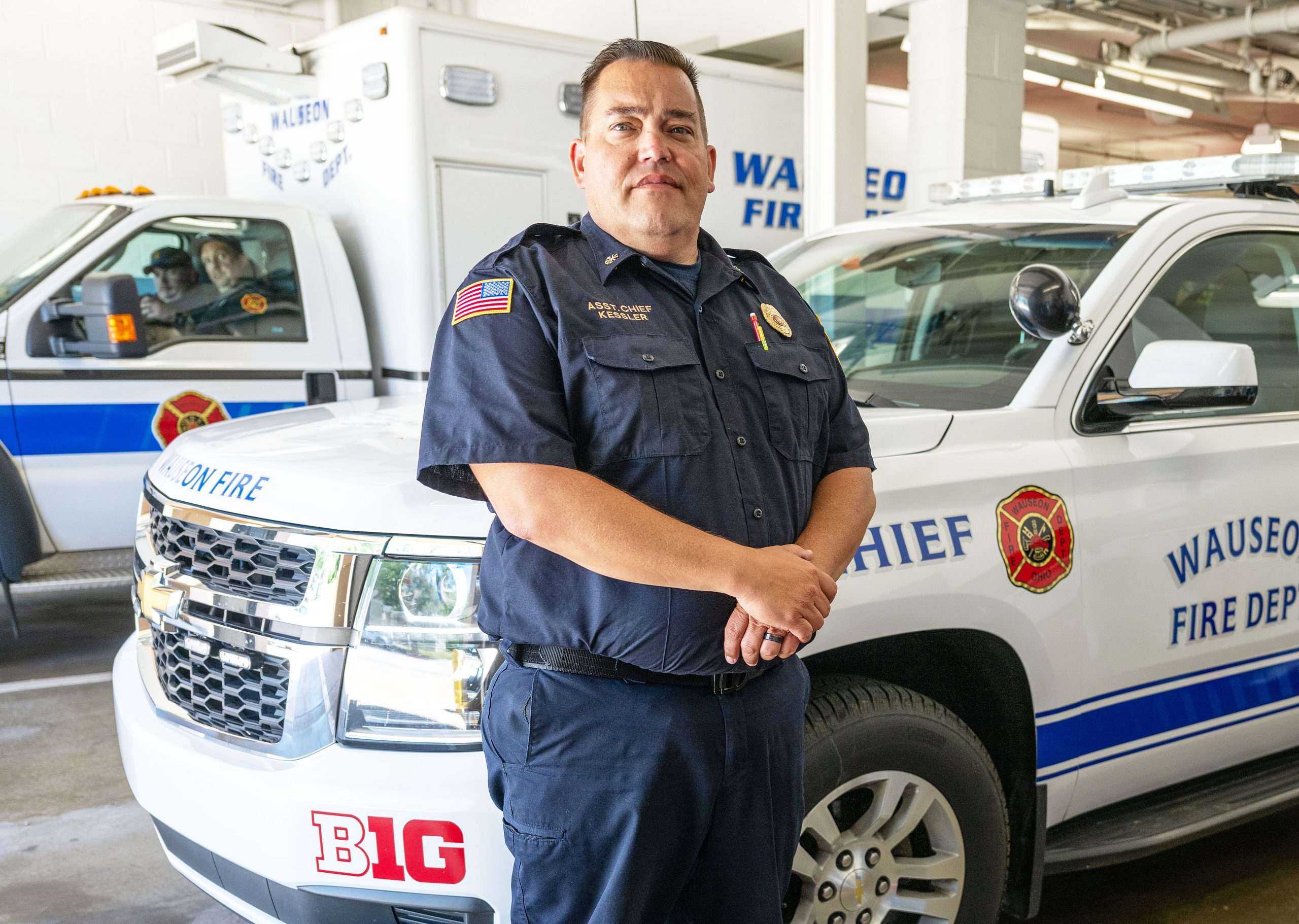 The City of Wauseon has a new fire chief. Phil Kessler was sworn in on Monday, September 19th by Mayor Kathy Huner after previous Fire Chief Rick Sluder took a position with the Ohio State Fire Marshal’s Office as the Deputy State Fire Marshal.

Chief Kessler was joined by his family, members of council and previous Chief Sluder.

Kessler joined the department as a volunteer in 1997. He became part-time in the early 2000’s when transitioning through Life Star.

In 2015 he was promoted to assistant chief and became full-time at the station. He and his wife have twin boys and a girl.

He currently holds certifications as a paramedic, registered nurse, and a firefighter. He also has an associate degree in Fire Science and is working on his bachelor’s degree in Nursing.

Born and raised in Wauseon, the community has and always will be home. “It is a great area to be a part of. We always want to be able to give back to the community through public relations like the school system, local merchants, and the community as a whole.”

“Being in this role helps me to direct that and support those who support us, the people.”

“As for the job, we have a great group of diverse and hardworking individuals that give 100% every day,” said Chief Kessler.