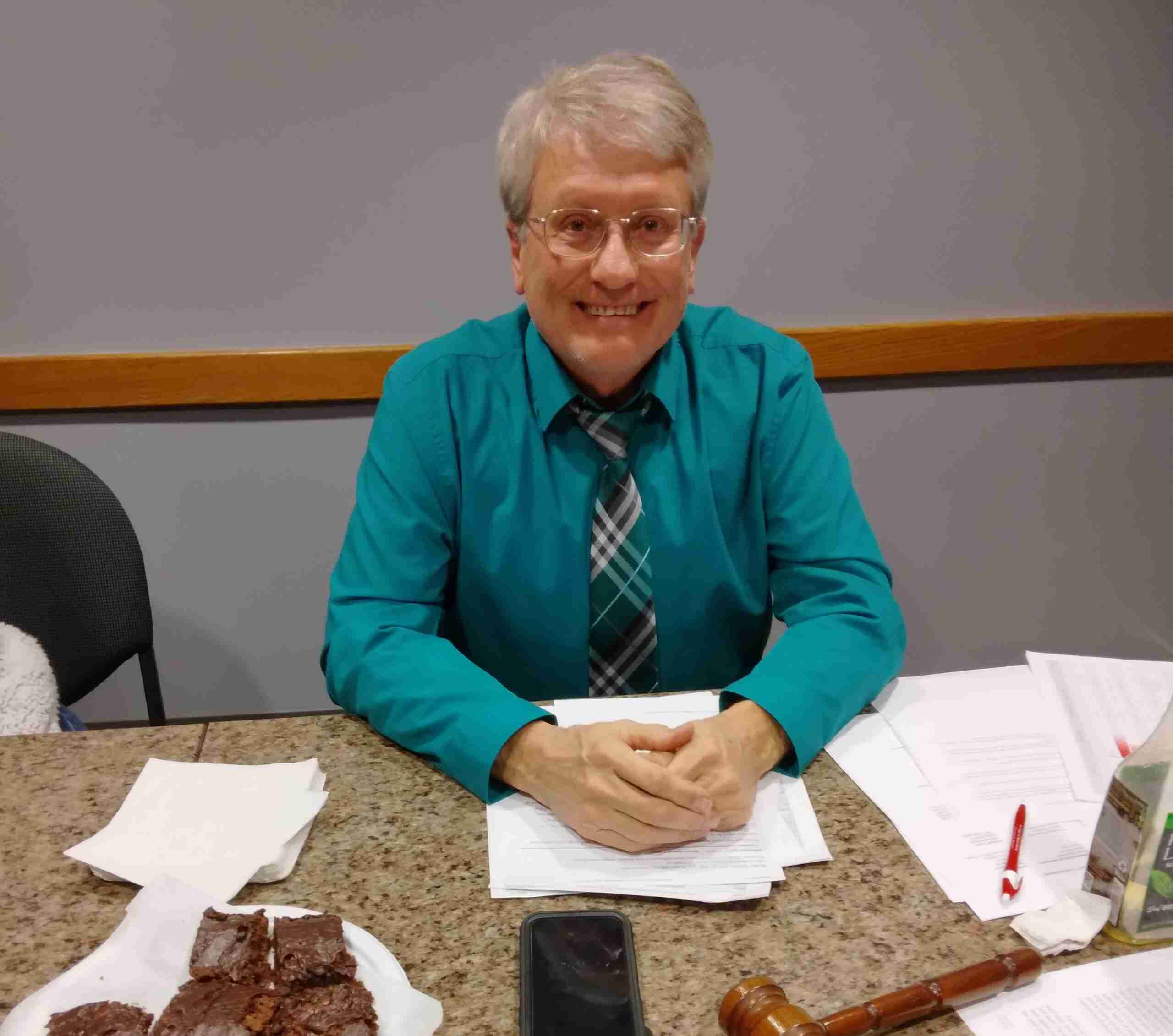 STATE OF THE VILLAGE … Mayor Don Leu gave his address on the State of West Unity for 2022. (PHOTO BY DANIEL COOLEY, STAFF)

After the Pledge of Allegiance, the village council approved of the paying of the bills and of the minutes of the December 9, 2021 meeting.

The village council then passed Resolution 1-2022-1, which established the rates of pay for officers and employees of the Village of West Unity.

Next, village administrator Fritsch stated that the Park Committee needs to hold a meeting in order to look at what playground equipment will need to be purchased.

Fritsch also asked, on behalf of maintenance supervisor Jim Eisel, if Eisel could be paid for overtime, when making EMT and fire calls when not on regular hours. After discussion, village council recommended that overtime pay be put in the handbook.

Also, after learning of changes in some grants by ODOT, Fritsch stated that ODOT is supposed to let him know about the status of grants by the end of the month.

Next, fiscal officer Sarah Higdon reported that in the end of year numbers, on the positive side, the village spent 36% less than what was brought in. In addition, the overall revenue for the year was $2,332,757.80.

Mayor Leu then gave a report, calling it The State of West Unity, 2022. First, there are several grants in progress. One of those is for the addition of a sidewalk and lighting, out by Kamco and Linden Drive.

A state of Ohio grant for a splash pad was received and should be installed in the spring at Memorial Park. An Ohio Nature Works grant was also received and this will be for a new piece of playground equipment that will be placed near the splash pad.

Among other grants, one is to fix Lincoln Street, from the village limit to State Route 127. Also, a grant was obtained to help with a storm sewer project on East Church Street.

Finally, a grant was received for Madison and 20A to Jefferson, to fix an old water line. Mayor Leu stated that most of the grant projects “will be bid out in the near future. Leu also said that the second year of the “Lights in the Park” was a great success.

“In closing, I’d like to thank the entire community, village employees and council for helping to keep this a ‘Community That Cares,’” Leu said.

In upcoming meetings, there will be a Parks Committee meeting on January 27, at 6:30 p.m., followed by the regular village council meeting at 7:30 p.m.

The village council then met for executive session, which was not open to the public.

Dan can be reached at publisher@ thevillagereporter.com