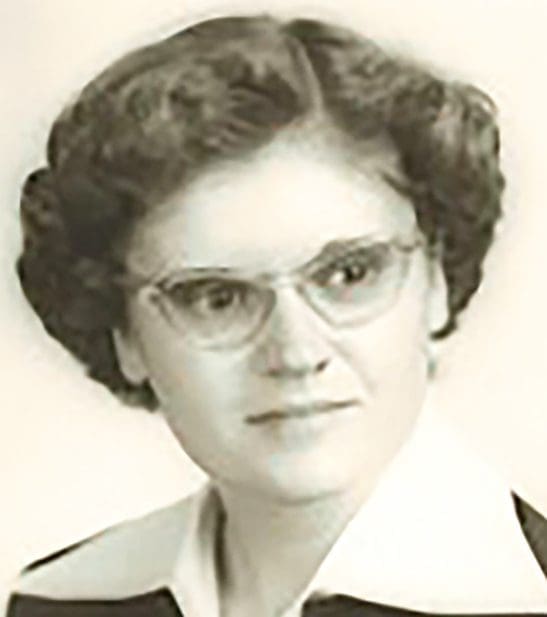 Ms. Dietsch was a 1948 graduate of Edgerton High School and graduated from Bowling Green State University in 1952 with a Bachelor’s Degree in Education.

Following graduation from Bowling Green, she joined Sisters of the Holy Cross Convent in South Bend, Indiana, through which she began teaching throughout the United States, taking her to Illinois, New York, and Texas.

Following the death of her mother, she returned to Edgerton, where she became a librarian at Edgerton Local Schools for many years.

Alice Jane loved art and was accomplished in caligraphy and painting. She could be seen on her daily walks in town for many years.

She also helped to design and make the banners that hang in St. Mary Catholic Church today.

Alice Jane Dietsch was born on December 6, 1929, on the family farm near Edgerton, the daughter of Leo H. and Kathryn M. (Lantz) Dietsch.

She was preceded in death by her parents and her brother and sister-in-law, John C. and Marie Dietsch.

A memorial Mass will be held at a later date at St. Mary Catholic Church in Edgerton. Private interment according to Alice Jane’s wishes will take place.

Memorials are requested to the Williams County Humane Society or Friends of the Edgerton Library.