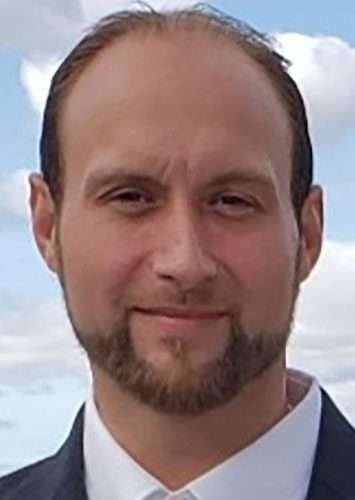 Allan met Melissa O’Neill on June 13th 2014. On June 6th 2020, he asked her to marry him and she said “Yes”! He also made a commitment and said he’s not just marrying her and gave a ring to McKenzie (14) and Autumn (12). As one united family, they were getting the keys to their first home in a week and planning the wedding for next year.

Allan’s passion was singing and playing the guitar. He called himself “Good time Al”. He loved going to Mexican restaurants, especially with Melissa, and getting their original queso and margaritas. He also loved cedar point, the outdoors, laying in his hammock, dirt biking and four-wheeling.

He enjoyed taking trips to Florida and soaking in the sun and spending time on the beach. He also was a Denver Broncos and Ohio State Buckeyes fan. A handyman by trade, he was always helping people fix things. He got along and befriended many people. Always a kid at heart, Allan loved playing with his kids, nieces and nephews.

Allan is survived by his fiancee, Melissa O’Neill of Delta; children, Mckenzie Irene (14) and Autumn Marie (12) both of Delta; his mother, Bonnie Brewer of Holland; father, Charles Ostrander of Toledo; as well as his sisters,  Ashley (Tyson) Sarrica of Toledo and Brooke (Gregg) Ostrander of Swanton; 17 nieces and nephews, and several aunts and uncles.

A Celebration of Life Service will be held Thursday, August 13th from 5 to 8 p.m. in the Fellowship Hall at Shiloh Christian Union Church, 2100 County Road 5, Delta, OH 43515.

Arrangements entrusted to Grisier~Weigel Funeral Home in Delta. Online expressions of sympathy may be made at www.deltafh.com