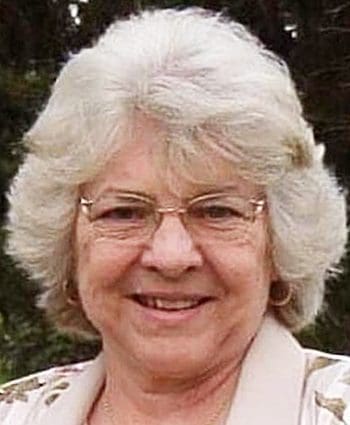 Late Wednesday evening, November 23, 2022, at home in Ravenna Ohio with her husband Don by her side, Anna Marie Rankin peacefully died of multiple causes.

Born in Bryan, Ohio on September 1, 1941, Anna was the second of seven children.

The couple settled in his hometown of Ravenna, Ohio, where she joined the First Congregational Church on December 4, 1960, and began work as a beautician with Betty Mack Coiffeur Stylist in Ravenna and Vi’s Beauty Shoppe in Streetsboro.

From 1978 to 1983 she was a cook, waitress and supervisor at the Streetsboro Pizza Bazaar, and from 1983 to her 2009 retirement, she was a teacher’s assistant at the Happy Day School in Ravenna Township.

She was preceded in death by her parents, Frederick and Vava Grace (Alpaugh) Bleikamp, brothers John and Phillip Bleikamp, and sister Mary Jane Echler.

Calling hours will be held at the First Congregational Church, 266 South Chestnut Street in Ravenna, on Wednesday November 30th from 4:30-7:30pm. These will resume at 11am Thursday, with the Funeral Service (officiated by the Reverend Jerry Kruse) following at 12pm. A graveside service and Anna’s interment will be in Crown Hill Cemetery in Twinsburg, Ohio.