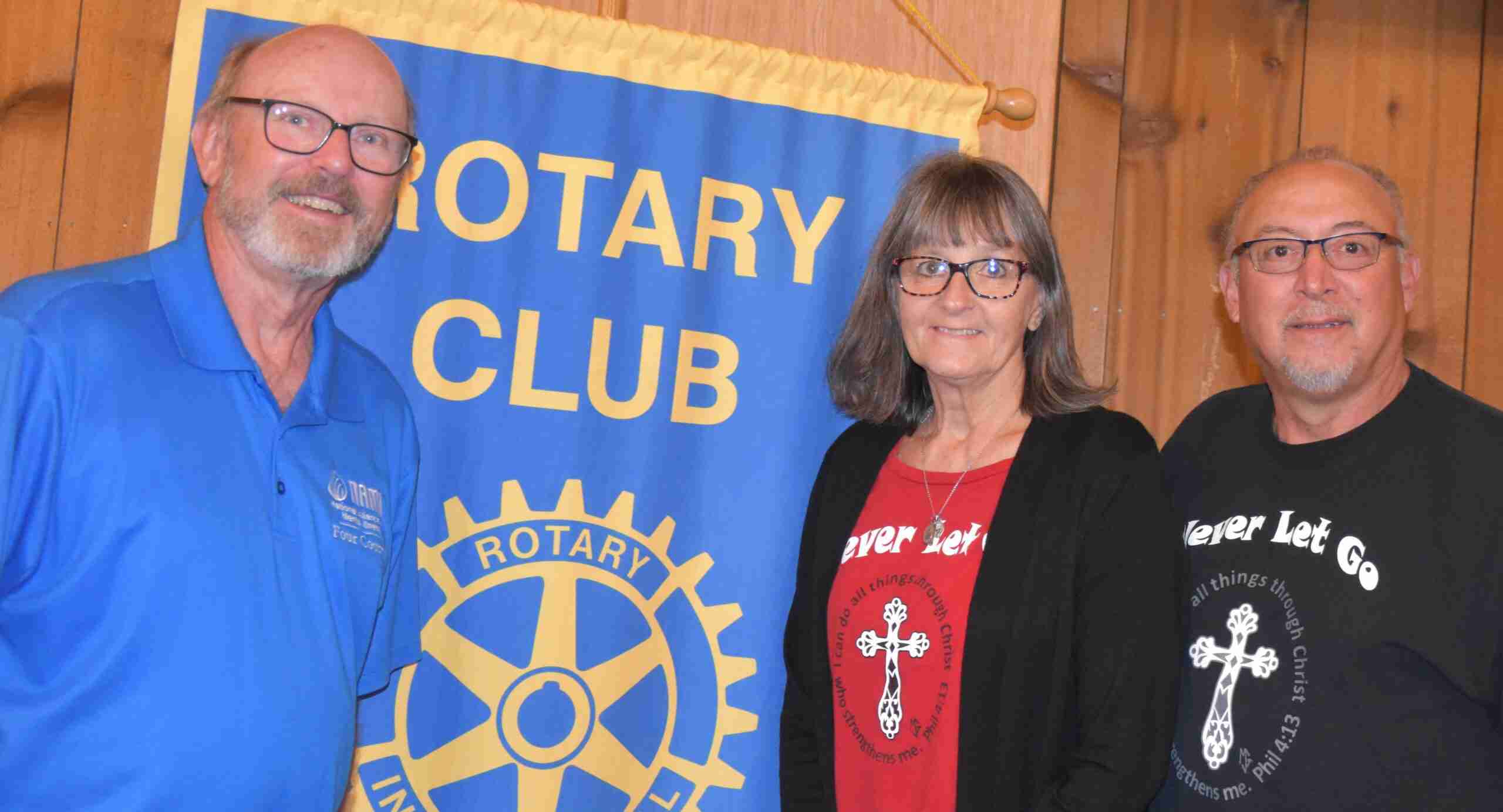 Nearly 90 percent of addictions begin during the teenage years and most parents are at a loss of what to do if it happens to their child.

For Mary Juarez and her son Marjoe, the journey began when he was 14 years old and got drunk at a party not long after the passing of a grandmother whom he dearly loved.

It graduated to drugs and shortly after his 31st birthday and graduating from rehab, his journey ended in the Montpelier hospital emergency room from an overdose.

Mary showed Archbold Rotarians photos of her son growing up — doing all the things youngsters and pre-teens do with smiles on his face.

But, most of the photos of Marjoe taken after his addiction began show a very different person.

The smiles are gone — even at what should be happy family events such as weddings, holiday gatherings and so forth. As he was completing rehab, he and his mother planned how they could share the story of his tortured journey with addiction with students and teenagers in hopes that they could learn from his experiences.

Mary explained that he wanted to encourage them to avoid the mistakes that he had made, to understand how easy and quick it is to become addicted, and how difficult it is to get and stay clean.

Although Marjoe didn’t live to follow through with the plan, his mother and step-father Victor Juarez started what would become Never Let Go Ministries about six months after his death.

Today, the faith-based ministry still takes its message about addiction to elementary students, but the ministry has added so much more — recovery groups, a 24/7 parent/teen hotline, community programs and even college scholarships for high school seniors who pledge to stay clean and avoid drugs.

Victor shared some statistics to show the size of the problem. Some 200 people die every day in the United States from over-dose deaths and Ohio ranks second in the number of over-dose deaths with a reported 4,028 in 2019.

Nearly 65 percent of all reported over-dose deaths are caused by fentanyl. For Mary, the Never Let Go Ministries, which is based in Edgerton, has become her full-time mission.

Pictured are from left: Lou Levy, who arranged the program) and Mary and Victor Juarez, founders of Never Let Go Ministries of Edgerton.